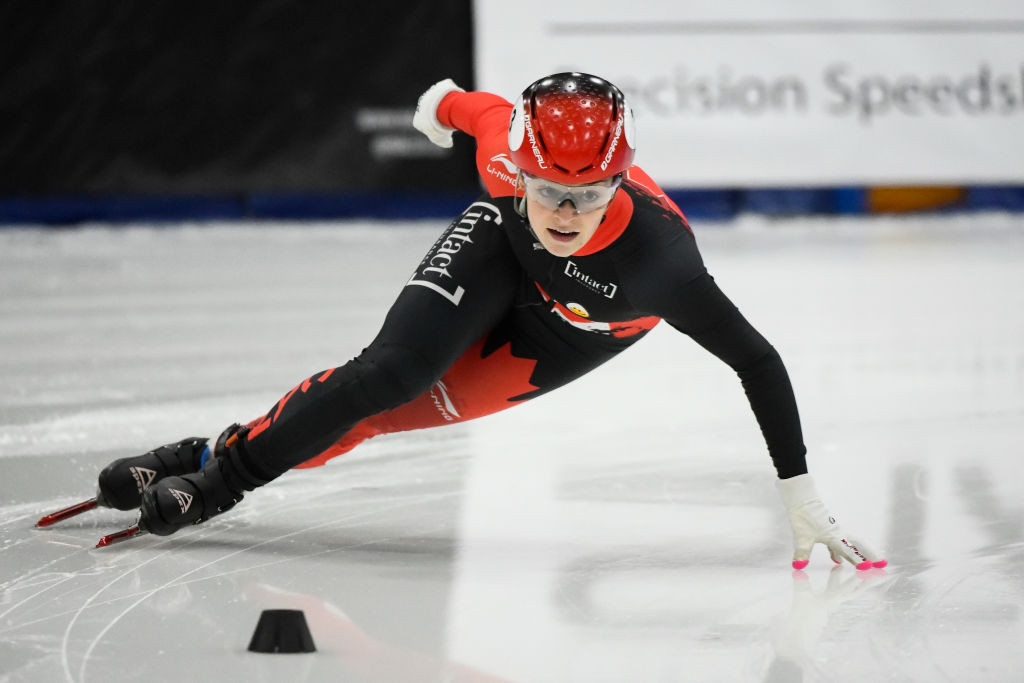 The International Skating Union (ISU) Short Track Speed Skating World Cup season is set to continue in Montreal this weekend, with Kim Boutin among the Canadians looking to shine on home ice at the Maurice Richard Arena.

Boutin, 24, is in the form of her life having secured six gold medals at the Canadian National Championships in September and obliterated the 500 metres world record last weekend, becoming the first woman to break 42 seconds with a time of 41.936sec at the Utah Olympic Oval in Salt Lake City.

Canada's men will almost certainly be in contention this weekend, too.

In Charles Hamelin they have a legendary racer who can still threaten podiums, while 22-year-old Steven Dubois looks like the country's future.

Dubois, like Boutin, took six gold medals at the Canadian National Championships and will no doubt feel confident bringing that form to Montreal.

Suzanne Schulting, meanwhile, may have been overshadowed slightly by Boutin last weekend, but the Dutch athlete kept her seemingly impregnable grip on the women's 1,000m, winning ahead of China's Han Yutong and Zhang Chutong, both of whom were impressive in their first races on the ISU Short Track Speed Skating World Cup circuit.

Qu Chunyu also impressed with a silver medal in the second 500m event, suggesting that China's women may have a stronger season this year than last time around, while South Korea's Choi Min Jeong is unlikely to be as low-key as she was in Salt Lake City for long.

South Korea's Hwang Dae Heon remains the one to beat in the men’s field, having won two gold medals in Salt Lake City.

For the first, he beat a thoroughbred line-up in the 500m, including Russia's Victor An, who despite making an impressive comeback is not listed to skate in Montreal, Hungary's Shaoang Liu and China's Wu Dajing.

Hwang's second gold medal came in the 1,000m, which saw him finish ahead of An and fellow South Korean Park Ji Won.

This is the Maurice Richard Arena's first senior short track speed skating event since it hosted the 2018 World Championships.

That tournament, and the venue, will bring back happy memories for Choi, who won the women's 500m and 1,500m titles on her way to securing a third overall ISU World Short Track Speed Skating Championships crown.

But Hamelin got the biggest cheers that weekend after he triumphed in the men's 1,000m and 1,500m to give Canada its first overall short track speed skating world champion since Marc Gagnon in 1998.

Action in Montreal is due to run through to Sunday (November 10).