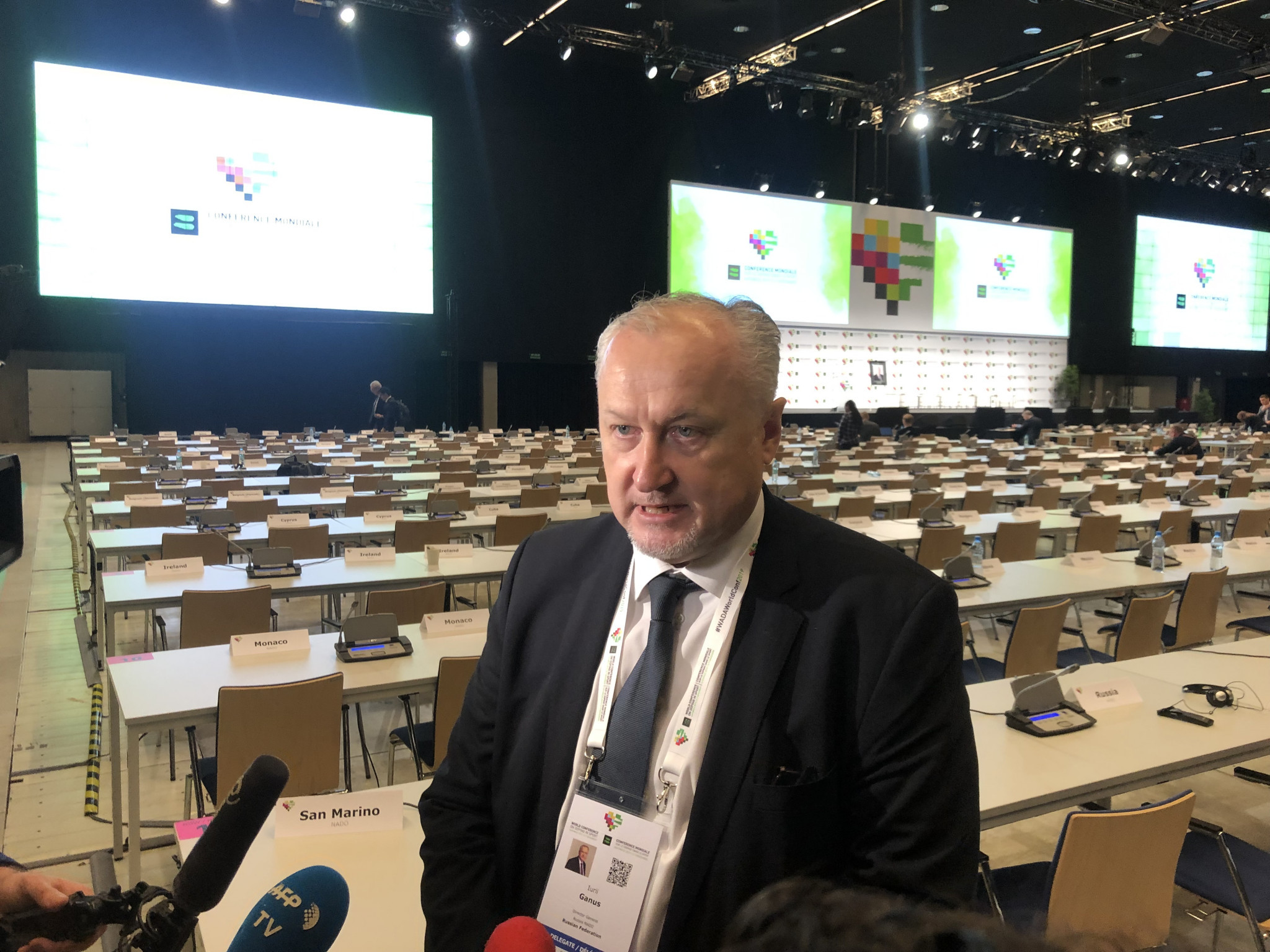 It was revealed in September that World Anti-Doping Agency (WADA) had been informed by independent forensic experts of inconsistencies in the data retrieved by its Intelligence and Investigations (I&I) Department from the Laboratory in the Russian capital in January.

"Nothing was removed there, our experts insist this didn’t happen,” Interfax, an independent news agency in Moscow, reported.

"At a meeting shortly between specialists from Russia and WADA these questions may be cleared up.

"We are doing all we can to fulfil the obligations that we committed to last September and we fulfilled them."

If WADA's Independent Compliance Review Committee (CRC) does rule that the data was manipulated, a ban could be reimposed on RUSADA.

That would put in serious doubt Russia's participation at next year's Olympic Games in Tokyo.

Ganus, though, attending the fifth World Conference on Doping in Sport, disputed the claims of Kolobkov.

He has repeatedly blamed unnamed Russian officials for doctoring the data handed over to WADA.

"Authorities working in Russia who are responsible for sport have to stop living an illusion," Ganus said following Kolobkov's comments.

"Today I think we are at one of the deepest points of our crisis, our five-year tragedy.

"We need to provide real core changes in Russia.

"I do not understand Mr Kolobkov.

"I understand a totally different point of view.

WADA experts are due to meet Russian officials on November 17 to discuss the reported inconsistencies in data retrieved from the Moscow Laboratory.

The CRC will then consider what recommendation they should make to the WADA Executive Committee, expected to hold an emergency meeting in London or Paris on December 9, including recommending reimposing  a suspension on RUSADA.

Earlier at the Conference, Ganus told delegates that RUSADA "had nothing to do with the database and its transfer" and that it had been a victim of "forces outside RUSADA".

He urged WADA to apply "wisdom" when imposing any sanctions in order to protect the independence of anti-doping agencies.

To applause Ganus concluded his address by telling the Conference: "No one should use us [RUSADA] for their personal interests...We will protect our independence."