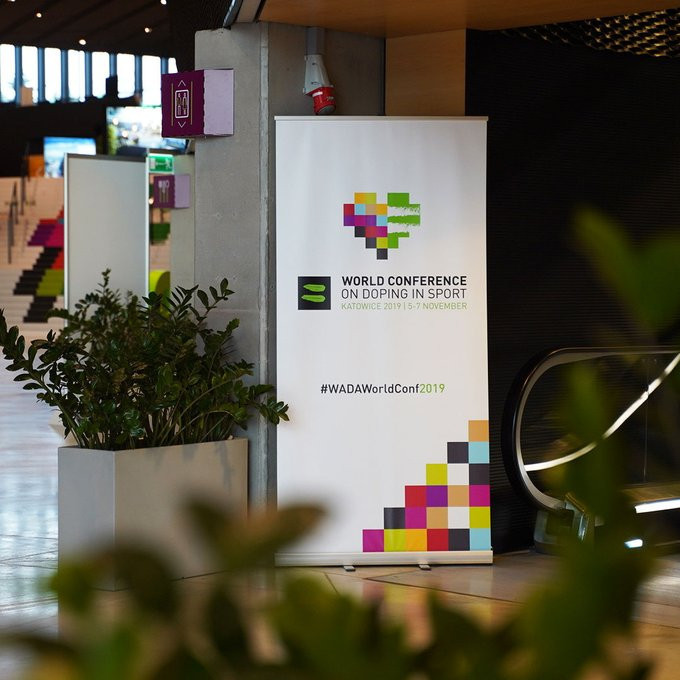 Russia's participation at next year's Olympic Games in Tokyo could become clearer later this month, when the World Anti-Doping Agency (WADA) hold a meeting with experts to discuss reported inconsistencies in data retrieved from the Moscow Laboratory.

It has also been reported an emergency WADA Executive Committee will be held in London or Paris on December 9 to discuss whether a ban should be reimposed on the Russian Anti-Doping Agency, which could potentially lead to the country being banned from Tokyo 2020.

It was revealed in September that WADA had been informed by independent forensic experts of inconsistencies in the data retrieved by WADA Intelligence and Investigations (I&I) Department from the Laboratory in the Russian capital in January.

Jonathan Taylor, chair of WADA's Independent Compliance Review Committee (CRC), briefed the Executive Committee on the compliance procedure here earlier this week on the eve of the fifth World Conference on Doping in Sport.

Earlier, journalist Hajo Seppelt, whose programmes on German broadcaster ARD had started the disciplinary action which led to RUSADA being suspended and Russia being unable to compete under its own flag at last year's Winter Olympic Games in Pyeongchang, claimed Russia had failed to satisfactorily answer questions about the anomalies from the Laboratory.

ARD Doping Editorial Team: According to sources close to @wada_ama Russia only answered 23 of 31 WADA questions regarding the alleged inconsistencies in the Moscow lab data and didn’t provide all requested devices/data. Also EPO analytical data.

"Russia only answered 23 of 31 WADA questions regarding the alleged inconsistencies in the Moscow lab data and didn't provide all requested devices/data," Seppelt tweeted.

A WADA spokesman claimed this was incorrect and all the questions had been answered, although it is unknown whether the information provided would be sufficient for the CRC.

WADA experts copied 24 terabytes of information on Russian athletes' doping samples collected between 2012 and 2015 from the Moscow Laboratory in January.

By the end of April, they had collected 2,262 doping samples stored in 4,524 containers.

So far, evidence of 47 cases obtained by WADA from the Laboratory has been sent to International Federations.