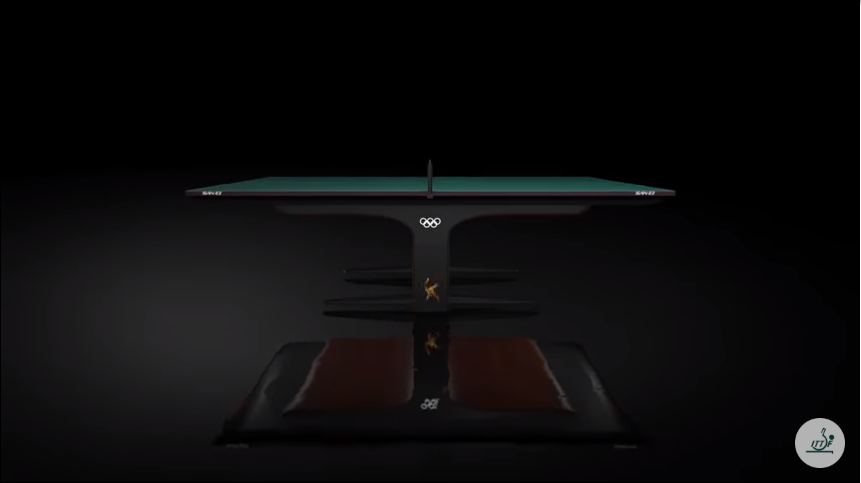 The International Table Tennis Federation (ITTF) has unveiled the unique design for the tables being used at next year's Olympic Games in Tokyo, called Motif.

To mark the unveiling, the ITTF has released a video giving viewers the opportunity to look inside the dedicated factory where all of the tables that will be used at Tokyo 2020 will be produced.

The factory is based on the Japanese island of Hokkaido, and is owned by the San-EI corporation.

San-EI is one of the leading manufacturers of high-quality competition table tennis tables.

Since the last edition of the Summer Olympic Games in Rio de Janeiro in 2016, San-EI's head designers have been focusing on Motif.

"This is the second time actually to design the Olympic table," Shin Miura, the President of San-EI, said.

"The first one was for Rio, the second one is the Tokyo table."

He added: "For the Tokyo Olympic Games, we wanted a more modern design, compared to the Rio table.

"So we created this new design.

The tables have been made using 10 steps: sourcing wood, creating plywood, laying planks out to create the table tops, painting them, designing the undercarriage, cutting steel pipes and bending them, welding table legs together, painting them, assembling everything and conducting quality control.

Wood is sourced from the monarch birch tree, grown in the forest of Tohoku in north-east Japan.

"We wanted to support the recovery of the Tohoku region, which was struck by the big tsunami in 2011," factory director Kesao Yoshizawa said.

"To help their economy, we procure all the wooden materials from trees grown in north-east Japan.

"So the whole Motif production starts from sourcing high-quality wood from there."