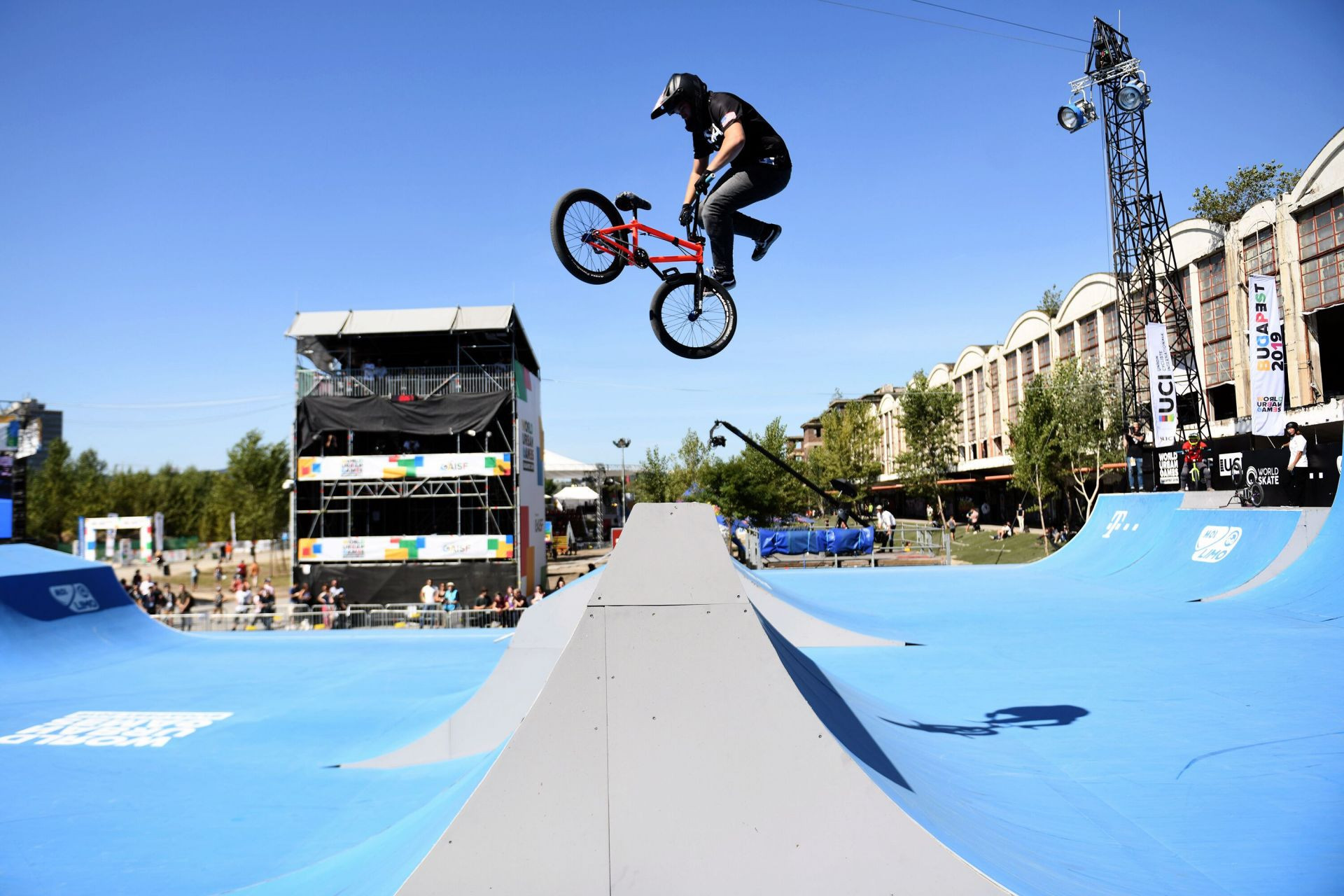 United States finished top of the medal table at the inaugural World Urban Games as the three-day competition came to a close here today.

The final American gold was sealed by Hannah Roberts, who romped to victory in the women's BMX freestyle.

The 18-year-old from South Bend in Indiana scored a mammoth 93.00 points to win the title by nearly six points from her nearest challenger at the skate park in Nagyvásártelep.

It was a successful end to a turbulent week for Roberts, who arrived in Budapest without her bike after it was lost in Chicago airport on Thursday.

She revealed it had finally arrived in Hungary yesterday morning, allowing her to ride to victory today.

"I have been really nervous before the contest, I put a double tail whip at the end of my ride and the audience reacted incredibly," she said afterwards.

"This is the best feeling in the world.

"During this competition we were pushing the limits of riding, this level here was higher than at previous contests, so it was a very good test before the Olympics."

In the men's BMX freestyle, Brandon Loupos led an Australian one-two in a thrilling final.

Loupos pulled out a massive run including a double back-flip for 94.10 points, which was nearly matched by compatriot Logan Martin, who had topped qualifying yesterday.

And that’s it! The final sports event of the @WorldUrbanGames Budapest 2019 is complete! #WUGBudapest pic.twitter.com/2kp8mIoa8f

Martin also put in a blistering effort but finished short of his colleague on 93.40.

"I practiced a lot for the double back flip, every day actually, if you skip a day you will not make it," said Loupos.

"Budapest was great, the atmosphere is really something that can pump you up, and it worked brilliantly here, so special thanks to everybody."

Bronze went to American rider Justin Dowell, which proved decisive in splitting the US and Russia at the top of the medal table.

Russia almost overhauled the US on the standings with two gold medals on the final day golds, but defeat in the last event of the Games - the men's basketball 3x3 - meant they had to settle for second.

France beat the Russians 21-13 in the men's 3x3 after the same two nations earlier met in the women's final.

Russia's women got the better of their French opponents, winning 17-13.

The other Russian gold came in the men's freestyle parkour, Evguenii Aroian narrowly defeating Krystian Kowalewski of Poland to claim the title.

Both men scored 25.00 but Aroian was given a higher execution mark, which handed him first place.

Bronze went to Dimitris Kyrsanidis after the Greek athlete scored 24.00.

Navarro completed the course in 14.54 seconds, more than a second ahead of Russia's Aleksandra Shevchenko, who had won the freestyle discipline yesterday, while Stephania Zitis of Australia came third.