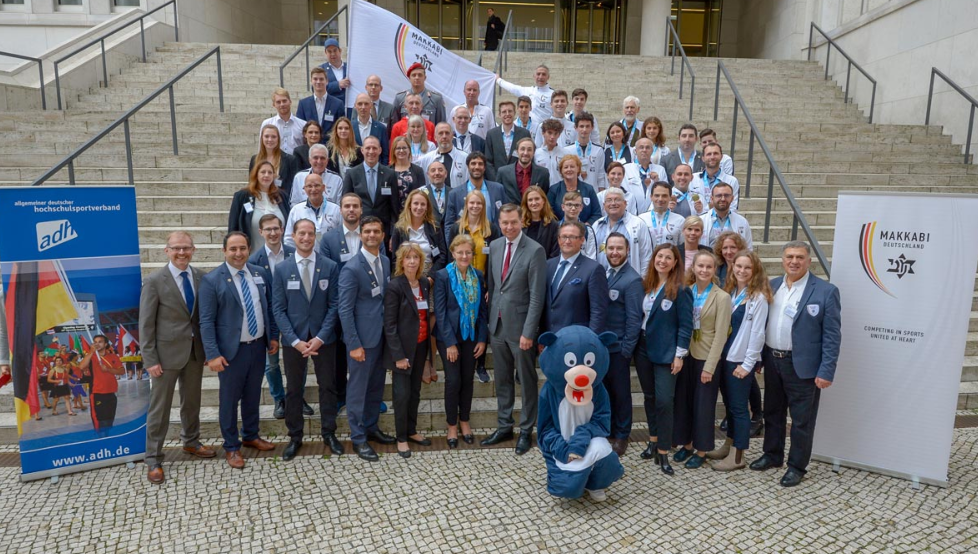 The German University Sports Federation (adh) is continuing to move towards an application to host Summer Universiade 2025.

This is despite previously failing to meet a September deadline to offer a designated city and government guarantees to the International University Sports Federation (FISU), which allowed Budapest to come back into the race.

But adh representatives presented a project overview to Germany's Sports Committee, in the presence of all Bundestag fractions.

Leading the interest is 2016 Olympic gold medallist Fabian Hambüchen, in his role as adh ambassador.

Having previously been University Athlete of the Year on two occasions, he reported positively on his experience at the Universiade.

He emphasised that the Summer Universiade is the world's largest multi-sport event after the Olympic Games.

While university sport does not have the same level of profile in Germany as Eastern European or Asian countries, Hambüchen said "we can fill the halls with specators".

In agreement was adh chief executive Jörg Förster, who also recognised that such an event could correlate with an Olympic bid by Germany.

Förster confirmed that adh was in intensive exchange with the Rhine-Ruhr City Olympic initiative, which is preparing an application for the 2032 Summer Olympic and Paralympic Games.

Discussions are still very much ongoing, however, with various politicians making it clear that municipalities and the state of Northern Rhine Westphalia have to be involved to assess the financial impact of such an event.

"It remains a positive feeling – there are people who believe in the same ideas we do," Förster said.

"They support us if we do our job well."

A final decision about the host nation is due to be decided by FISU after next year's Olympic Games in Tokyo.

In recognition of the 2019 Winter and Summer Universiade medal winners in Krasnoyarsk and Naples, respectively, there was also an official ceremony at the Federal Ministry of the Interior.

"With the intercultural sporting encounter of young students from different countries and different ethnic backgrounds, Universiades are making an essential contribution to a united togetherness and a living mutual understanding," Mayer said.

"The largest multi-sport event after the Olympic Games is a very special opportunity for our German athletes to measure their sporting achievements in international comparison."