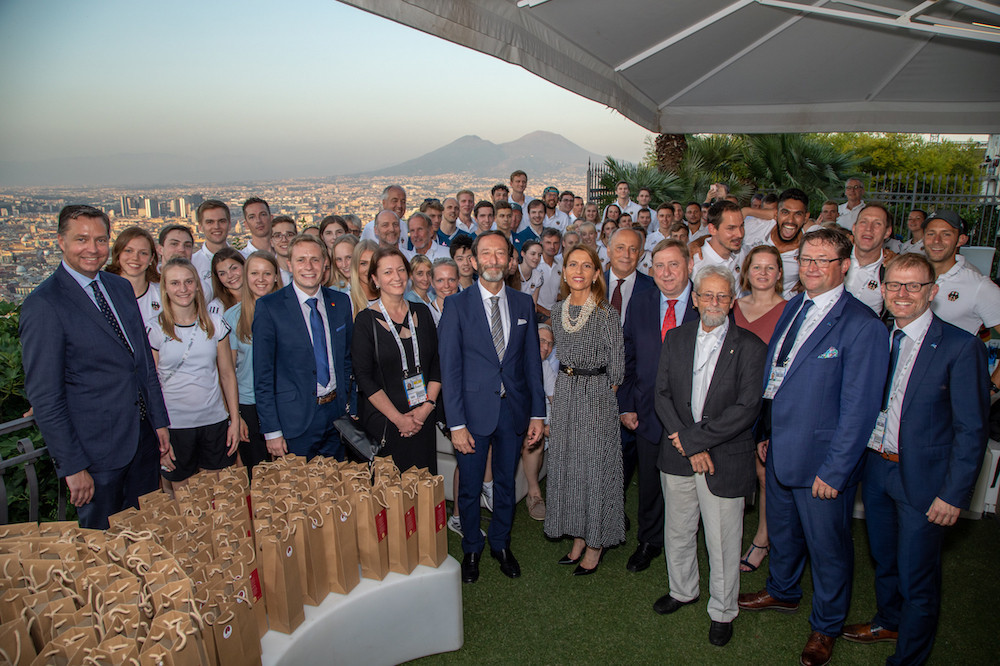 ADH is in talks with the Federal Interior Ministry (BMI) in Germany to select the most fitting host and a process of analysis will determine the advantages and challenges of the interested candidates.

Senior BMI officials, members of the German Parliament and the German Olympic Sports Confederation were present at Naples 2019 to understand the scale and character of the Universiade.

"The Interior Ministry strongly welcomes the effort of the ADH to apply for hosting the Summer Universiade in 2025 and supports the process very closely," said Parliamentary State Secretary Stephan Mayer.

"I am very convinced that Germany would be an excellent host for the second largest multi-sport event – after the Olympic and Paralympic Games.”

The German bid would be centred on economic, ecological and social sustainability elements and chairman of the ADH board Jörg Förster emphasised that the Universiade should spur important development in every field of German sports and especially university sports.

"We support a German candidature for 2025 and look forward to the next steps with the German University Sports Federation.

"We also appreciate the feasibility analysis.

"Ecological and social sustainability are very important for the future of the Universiade and we are glad that our German colleagues will make this a central theme of their bid."

The bid is expected to be discussed by the Sports Committee of the German Parliament in mid-October before a vote among the 200 member universities of the ADH in November.