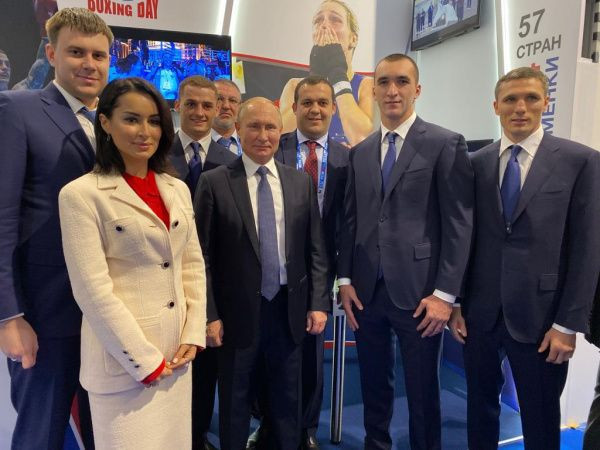 Kremlev made the comments after Putin visited RBF's stand at the "Russia - a Sports Power" forum in Nizhny Novgorod.

"First of all, we congratulated Vladimir Vladimirovich on his birthday," Kremlev said.

"The head of state studied our stand, and we hope that he liked everything.

"We thank Vladimir Vladimirovich for such support and attention to boxing.

"The President personally congratulated our guys on their victories at the World Championships in Yekaterinburg, and they also talked warmly."

Kremlev and Putin also discussed the construction of boxing progress centres in Russia, before the President was presented with a diamond boxing glove.

The stand displayed information about the men and women's World Boxing Championships and the European Junior Championships in Vladikavkaz.

Russia finished second at the men's competition, held in Yekaterinburg from September 9 to 21, with three gold medals and one bronze.

The women's team topped the medal table here with three golds, one silver and two bronze at a Championships which concluded yesterday.