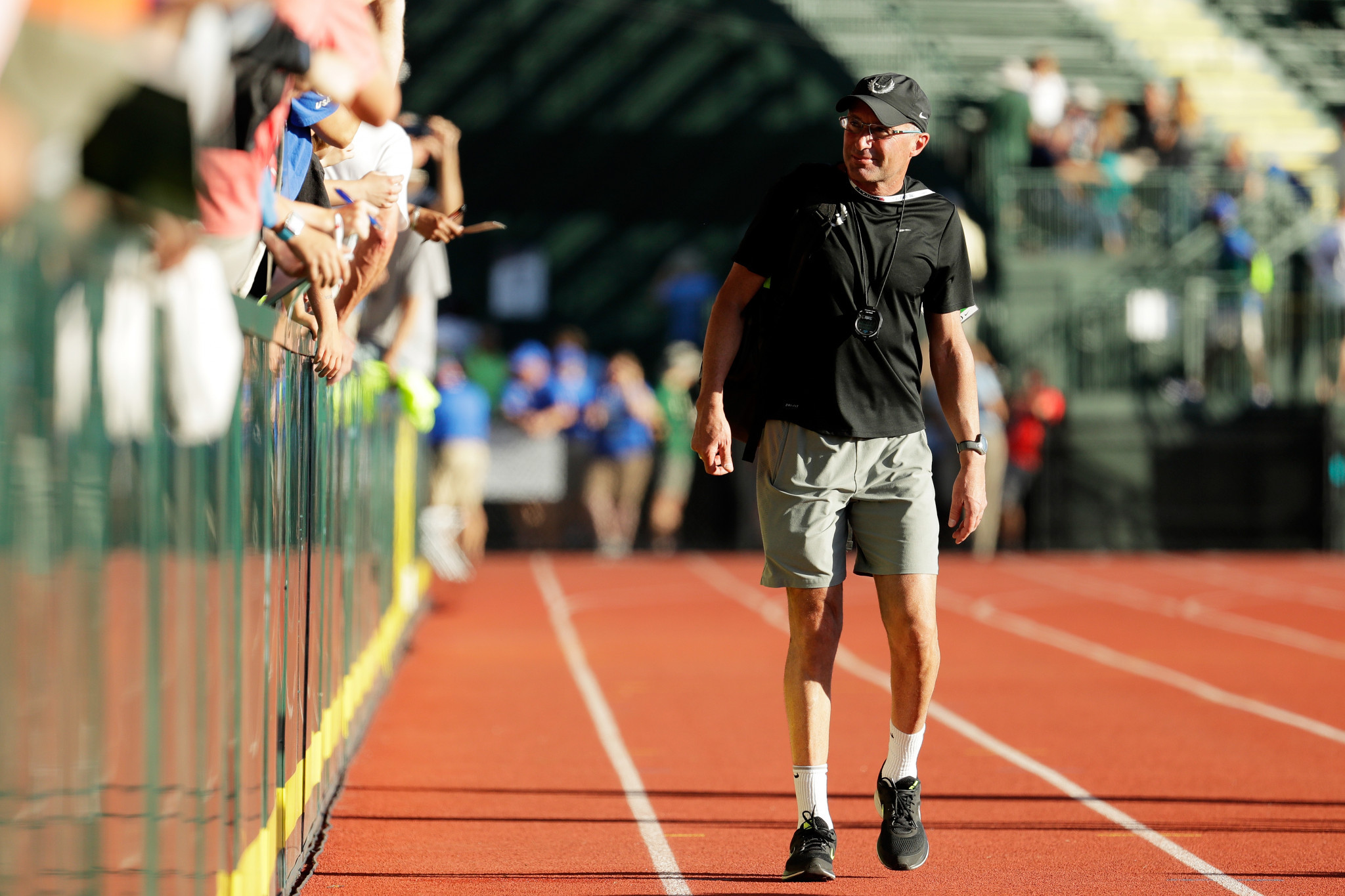 The World Anti-Doping Agency (WADA) will be asked by the International Olympic Committee (IOC) whether they will investigate all athletes associated with the Nike Oregon Project (NOP), following the banning of coach Alberto Salazar.

The United States Anti-Doping Agency (USADA) revealed Salazar's punishment was for "orchestrating and facilitating prohibited doping conduct" as head coach of the NOP, a camp designed primarily to develop US endurance athletes.

It was attended for some years by Britain's multiple Olympic and world champion Sir Mo Farah until he severed his contract and switched coaches.

Salazar was also said to have tampered, or attempted to tamper, with NOP athletes' doping control process, the Agency concluded after concluding its four-year investigation.

Jeffrey Brown, a paid consultant endocrinologist for NOP on performance enhancement and who served as a physician for numerous athletes in the training programme, also received a four-year ban.

So far, no athletes have been charged with any offences.

Bach prmised he would write a letter to WADA to find out further details around the case.

This includes whether results at the Olympic Games may have been impacted by possible doping offences.

"First of all, we want to find out how many athletes have been investigated," Bach said, following the IOC Executive Board meeting here today.

"Have all the athletes been investigated who were training in this centre?

"Does the report address the whole period of the existence of this project or only part of it?

"Could any Olympic results be affected either directly or indirectly with regard to the principle of strict liability?

"From the report, it indicates the athletes would not have known what happened to them and this is an important factor when it comes to suspension, sanctions and possible disqualification from an event.

"This is mandatory under the principle of strict liability, whether the athlete knew or not about the presence of the substance in the body or the application of prohibited methods.

"We are confident WADA is looking into this anyway and will look into any questions that remain open after this report."

Athletes coached by Salazar have received notice from the Athletics Integrity Unit (AIU) prohibiting them from future association.

They include Sifan Hassan, the Ethiopian-born athlete now representing The Netherlands who won the women's 10,000 metres title at the IAAF World Championships in Doha.

David Howman, chairman of the AIU, told insidethegames earlier this week there was no direct assumption made about any athlete who may have worked with Salazar.