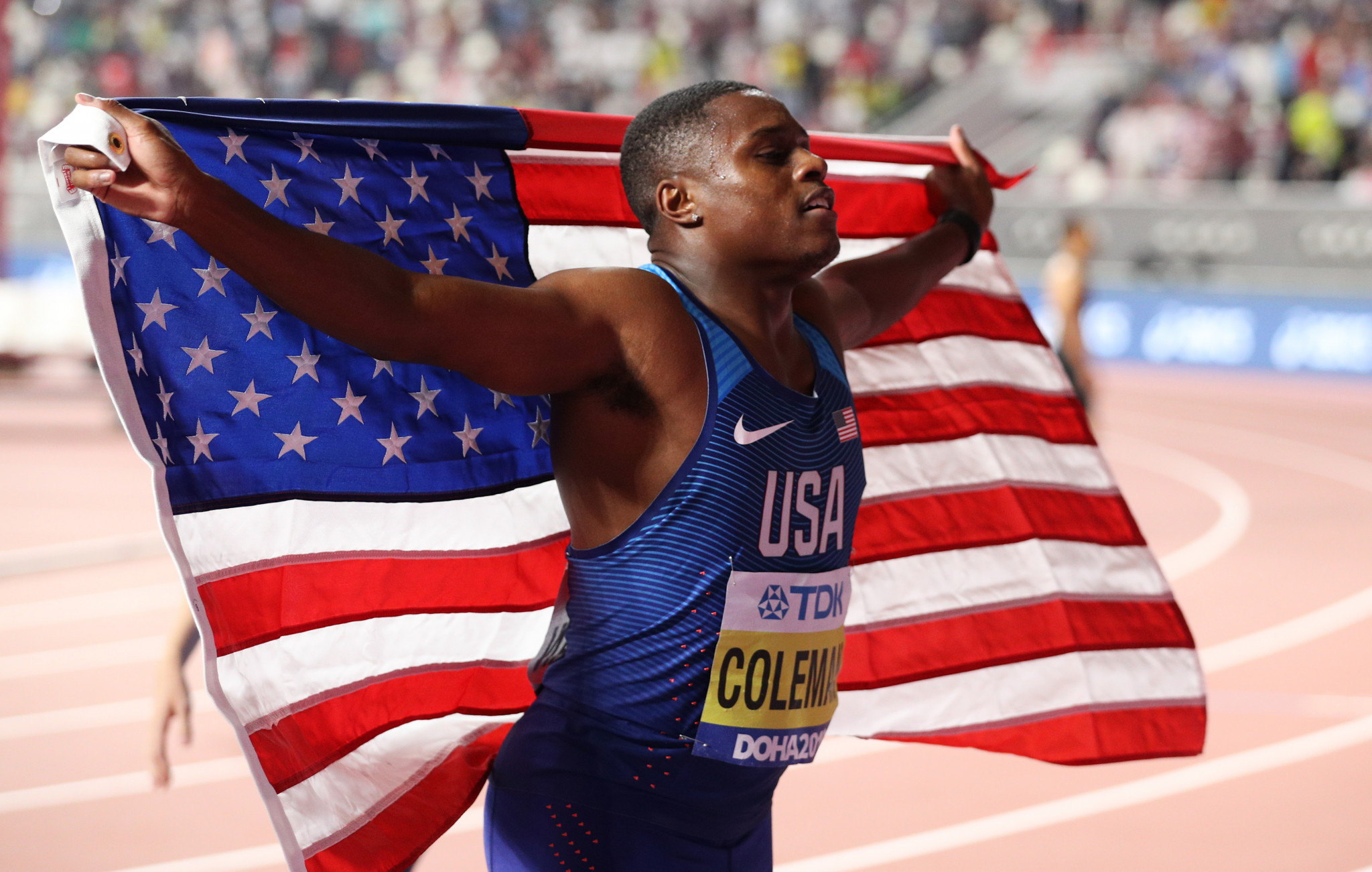 Christian Coleman of the United States won the men’s world 100 metres title here in 9.76sec, the fastest time recorded this year, on a night when The Netherlands' Sifan Hassan completed what could be the first part of a golden double here as she won the women’s 10,000m title at the International Association of Athletics Federations (IAAF) World Championships.

There was also a standout performance men’s long jump, where Tajay Gayle of Jamaica won with 8.69 metres, the best effort with a legal wind level for a decade.

Last month it was revealed that Coleman had registered three drug-testing "whereabouts"  failures in a 12-month period - an offence usually regarded as equivalent to a failed drug test and followed by a ban of up to two-years.

The case against Coleman, though, was controversially withdrawn after the United States Anti-Doping Agency received guidance on how the 12-month window used to determine the offence should be calculated.

That led to four-time Olympic gold medallist Michael Johnson, here working for the BBC, to warn Coleman that the incident would cast a shadow over the rest of his career.

But Coleman’s appearance here was defended yesterday by the IAAF President, Sebastian Coe, who claimed he was "glad" the 23-year-old was here and had the opportunity to become "one of the faces of these Championships".

Coleman certainly made the most of his opportunity, never looking remotely as if he would fail to go one better than the world silver he took two years ago behind compatriot Justin Gatlin in London.

Tonight, after a dramatic sound-and-light show that turned the track into a temporary screen, the positions were reversed as the 37-year-old, twice-banned sprinter – who still receives a sprinkling of boos when his name is announced, took yet another global medal as he followed Coleman home in a season’s best of 9.89.

"I’ve been blessed with incredible talent and tonight I was able to show it," Coleman said.

"Being able to come and compete here and run in this race is a dream.

"I have been working incredibly hard and this makes it all worthwhile.

"At the end all my worries just evaporated out there - it was a crazy feeling.

"To add my name to the list of the legendary guys who’ve come before me is an honour and a blessing.

"It’s a great feeling, too good to be true.

"Last time it was a surprise when I won silver but this time there was a lot of pressure, but I managed to come out with gold."

Hassan, running only her second race over 10,000m, withstood all the best Kenyans and Ethiopians could throw at her before winning in 30min 21.23sec, the fastest time recorded this year.

After staying in contact with a lead group of five that included Kenya’s world 5,000m champion Hellen Obiri she took the lead just before the bell, withstanding a determined final challenge from Ethiopia’s Letesenbet Gidey before pulling away to win by 30 metres.

The Ethiopian-born 26-year-old, who earlier this season broke a women’s mile record that was almost 23-years-old before winning the IAAF Diamond League titles over 1500 and 5,000 metres, now plans to seek another title at either of those two distances.

"I am very happy because I have been a middle-distance runner and this was a test for me," Hassan said.

"It was okay at the beginning but then when they were kicking at the front I found it hard to keep in touch.

That coach is Alberto Salazar, who has guided the her fortunes this season following her move to join him at his Oregon training base, where some of his methods have proved controversial without being proven to be outside the rules.

There was an unfamiliar winner in the men’s long jump too as the 23-year-old Gayle, fourth in last year’s Commonwealth Games in the Gold Coast, lit the blue touchpaper by improving his personal best of 8.32m to 8.46m in the first round and then sealing victory with a fourth round effort of 8.69m

Silver went to Rio 2016 champion Jeff Henderson of the US, whose fourth round jump of 8.39m pushed Cuba’s 21-year-old Diamond League champion Juan Miguel Echevarria into the bronze-medal position with 8.34m.

The evening had begun with four re-allocated medal presentations from past IAAF World Championships events following the disqualification of original medallists as a result of the retrospective positive analysis of their samples.