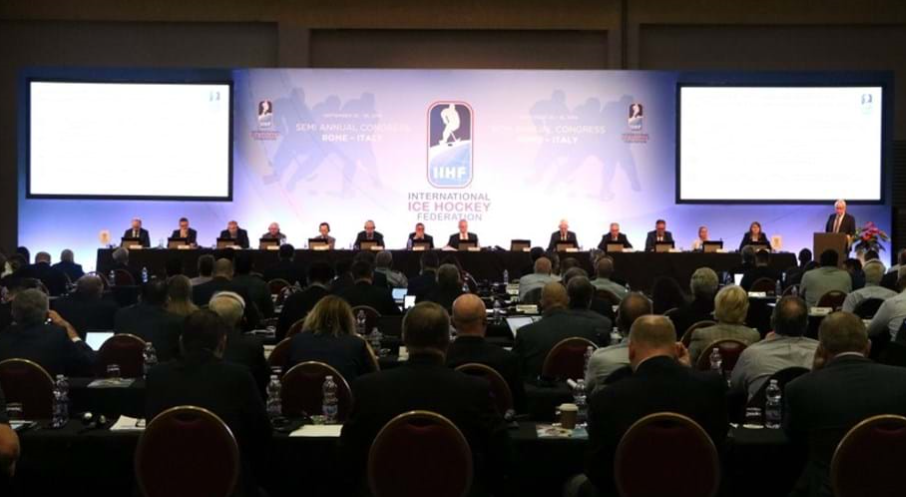 The International Ice Hockey Federation (IIHF) has confirmed that Sweden and Denmark will co-host the 2025 World Championship.

Sweden were initially selected as the sole hosts of the flagship men's tournament but, after discussions with their neigbouring country, a proposal to jointly stage matches was made to the IIHF in May.

This has now been confirmed by the governing body who met in Italian capital Rome for their Semi-Annual Congress.

The host cities for the event in 2025 have yet to be decided, however.

This was the first time the event had taken place in Denmark.

Sweden has not hosted the World Championship since 2013, when it shared responsibilities with Finland.

The country last hosted alone in 2002.

It was also confirmed the IIHF has grown to 81 member national associations, with five new countries.