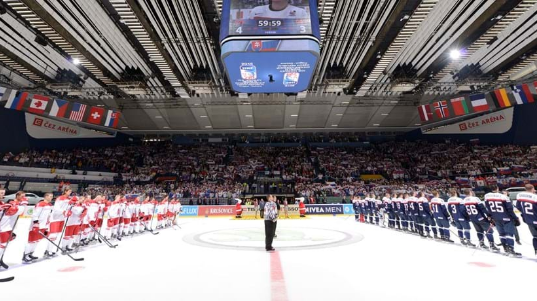 In the first stage of the sale, which began in March, almost 60 per cent of available tickets were sold.

"The fans' interest in tickets for the IIHF World Junior Championship surprised us pleasantly - it is proof that Czech fans are aware that this important event at the turn of the year is in the Czech Republic," said Organising Committee secretary general Marketa Sterbova.

"At the same time, we are glad that the pricing policy has been positively received by fans."

Ostravar Aréna in Ostrava and Werk Arena in Trinec will host the tournament, which will present the 10 best teams in the world of players under 20 years of age.

Ticket prices are the same for both venues.

The ticket price for those involving the host Czech team – against Russia, Germany, the United States and Canada on December 26, December 28, December 30 and December 31, respectively – is set at CZK 290.

The final part of the tournament will be held in Ostrava, with the semi-finals and medal games being played at Ostravar Aréna.

They can be purchased online at the official tournament website or in person at Sazka outlets in Czech Republic.

The IIHF World Junior Championship has been held in Czech Republic on three previous occasions, the last of which came in 2008.

Ostrava will welcome the IIHF World Junior Championship for the second time, while Trinec will host for the first time.

Finland are the reigning champions having beaten the US 3-2 in this year's final in Canada.

Kaapo Kakko scored the winner in Vancouver's Rogers Arena before being named in the tournament's all-star team.