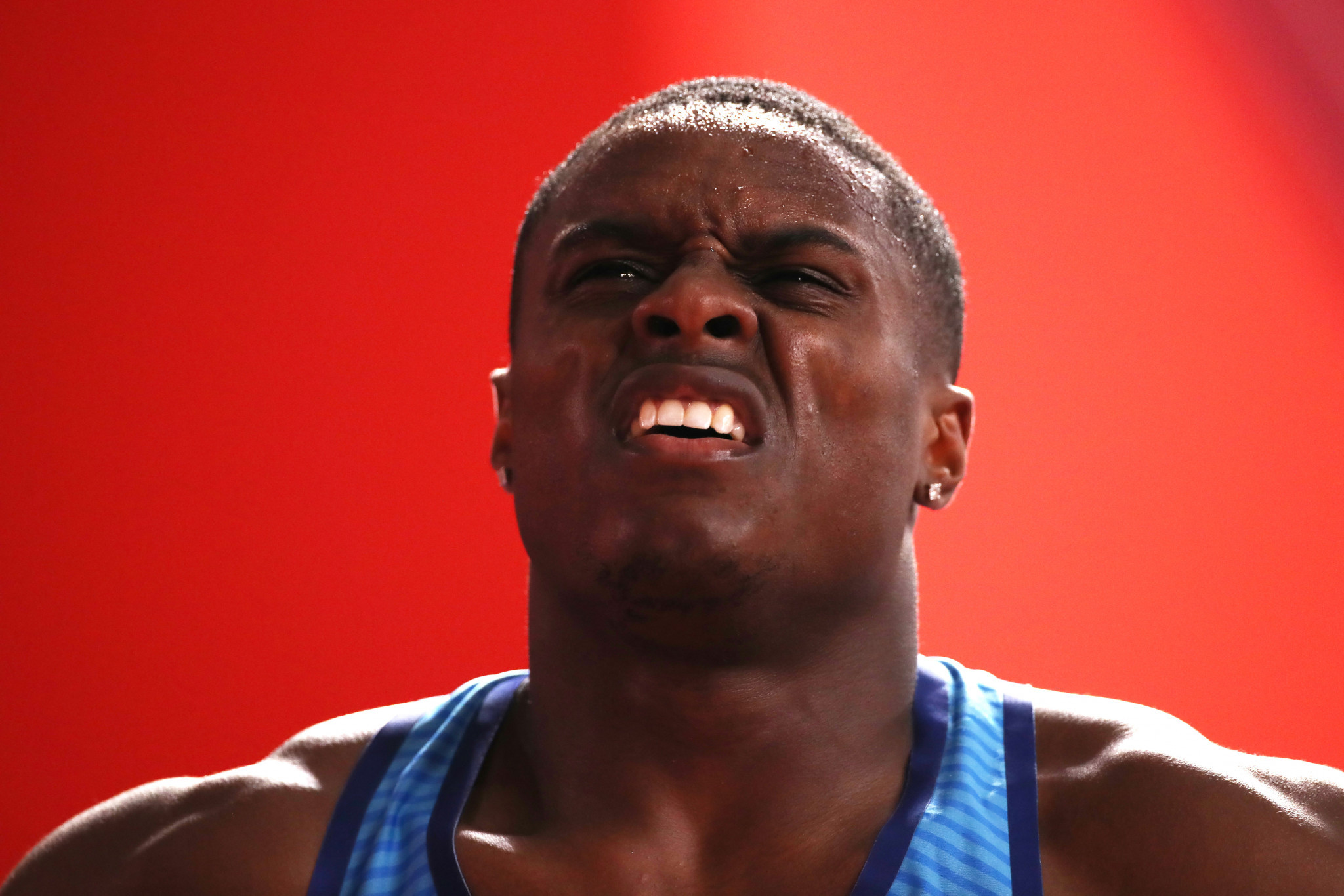 The 23-year-old American was the only sprinter to break 10 seconds in the first round of the 100m, clocking 9.98sec, showing little signs that the row swirling around him was affecting his concentration.

Last month it was revealed that Coleman had registered three drug-testing "whereabouts" failures in a 12-month period - an offence usually regarded as equivalent to a failed drug test and followed by a ban of up to two-years.

The case against Coleman, though, was controversially withdrawn after the United States Anti-Doping Agency received guidance on how the 12-month window used to determine the offence should be calculated.

That led to four-time Olympic gold medallist Michael Johnson, here working for the BBC, to warn Coleman that the incident would cast a shadow over the rest of his career.

"It completely disqualifies him, at this point, from ever being that face of the sport," Johnson said.

"I think this is an incredibly important issue around the sport because Christian Coleman was being touted to replace Usain Bolt as the big star of the sport.

"I don't think that will happen now as a result of this.

"I think that fans of athletics don't have any tolerance at this point for any sort of doping infraction."

An unlikely defender of Coleman, the 100m silver medallist at the last World Championships in London two years ago, was IAAF President Sebastian Coe.

"We have to be very careful not to play fast and loose with the reputation of athletes," he said.

"I am glad they reviewed his case,

"it’s a grown up sensible approach,

"I am pleased Coleman is here and I want to make sure he is given every opportunity to be one of the faces of these Championships."

Coleman had earlier insisted during an interview with CNN that he had never taken drugs but did himself few favours by claiming his schedule was often too busy to keep up with the sport's rigorous testing agenda,

"I have appearances, I have different things going on, and I don't know, I just live a life that was just a lot of things going on through my head," he had told the American broadcaster.

"So I can't necessarily say that that was just front and centre."

Coleman did, however, promise he would not make the same mistake again.

"But I think that that's what I've learned from the situation," he told CNN.