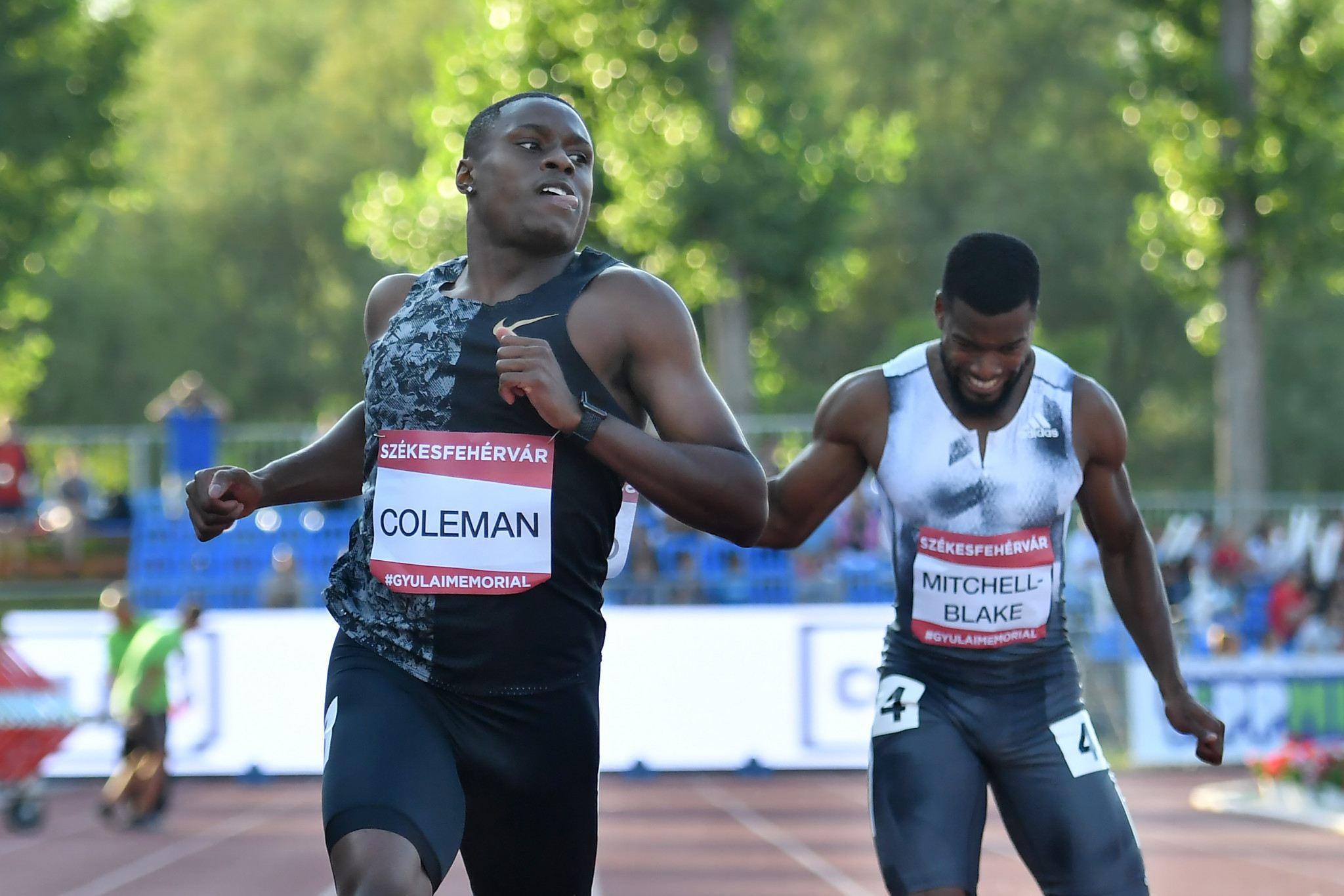 Christian Coleman has claimed he is confident of being cleared at a hearing on September 4 with the United States Anti-Doping Agency (USADA) confirming the American sprinter has been charged with three whereabouts failures.

Reports emerged earlier this week that Coleman, the fastest man in the world for the past three years, was facing a potential ban.

The 23-year-old is believed to be disputing one of the alleged failures with all three said to have happened in a 12-month period.

Coleman has confirmed he has a hearing on September 4, which he believes will clear him of the alleged offence and allow him to compete at the World Athletics Championships in Doha next month.

"I'm not a guy who takes any supplements at all, so I'm never concerned about taking drugs tests, at any time," Coleman told NBC Sports' Ato Boldon.

"What has been widely reported concerning filing violations is simply not true.

"I am confident the upcoming hearing on 4 September will clear the matter and I will compete at the World Championships in Doha this fall."

Following Coleman's statement, USADA confirmed the sprinter had been charged.

Two of the three tests were directed by USADA, while the Athletics Integrity Unit attempted the third.

"Given Mr Coleman has now publicly commented on his case, we can confirm that he has been notified and charged under the USADA protocol of a potential anti-doping rule violation for failing to properly file his whereabouts information," a USADA statement read.

"Under the World Anti-Doping Code three whereabouts failures within a 12-month period may be considered an anti-doping rule violation.

"Two of the three test attempts on Mr Coleman were USADA directed and one of the attempts was initiated by the Athletics Integrity Unit (AIU).

"Given this, the case is proceeding under the USADA protocol but we are working closely with the AIU on this matter.

"We have expedited the case under the USADA rules and Mr Coleman has agreed to have the three-person independent American Arbitration Association/North American Court of Arbitration for Sport (AAA/CAS) arbitration panel hear the case on September 4 and issue its decision by the end of the following day, well before the IAAF World Championship."

The World Athletics Championships begin in Doha on September 27.

The Championships will run until October 6.

Should Coleman be found guilty of the offence, the world indoor champion could be ruled out of the World Championships and the 2020 Olympics in Tokyo.

Coleman is considered the fastest athlete currently competing and clocked the joint seventh quickest time in history in the 100 metres when he ran 9.79sec in Brussels last year.

That is the best time anyone has managed in the last three years.

He won the World Indoor Championships gold medal over 60m in Birmingham last year and has two silver medals from the outdoor World Championships, in the 100m and 4x100m relay from London 2017.