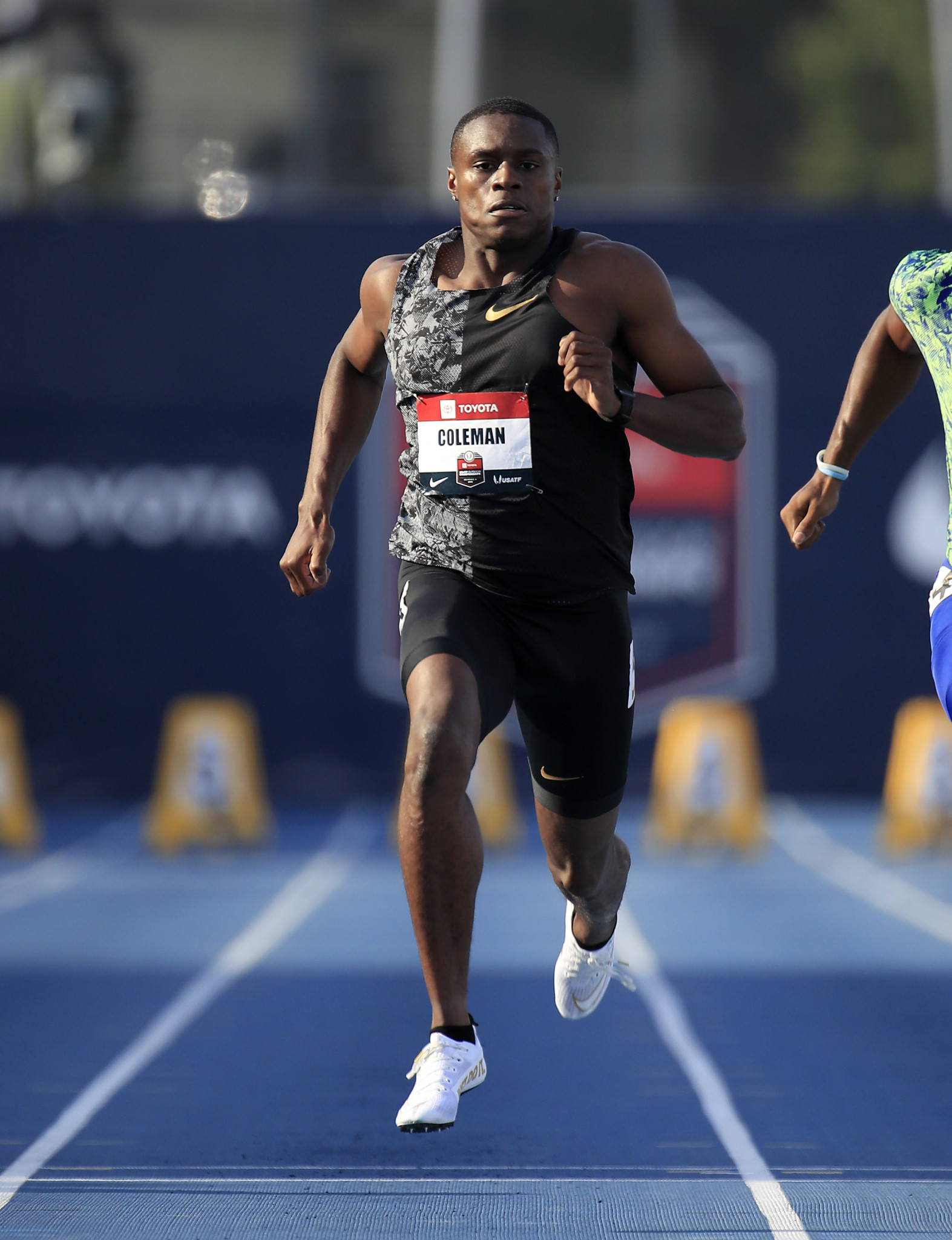 American sprinter Christian Coleman has criticised authorities following the United States Anti-Doping Agency's (USADA) decision to withdraw its charge against him for violation of the whereabouts rules under the World Anti-Doping Code.

It related to the interpretation of the International Standard for Testing and Investigations, concerning the date on which a failure to update an athlete's whereabouts information should be considered to have occurred.

Coleman is free to race at the upcoming International Association of Athletics Federations (IAAF) World Championships, in Qatar's capital Doha from September 27 to October 6, after USADA dropped the charge against him.

USADA, who claimed they were acting on advice from WADA, confirmed that his first alleged failure, a filing error, has been pushed back to the first day of the quarter and subsequently out of the 12-month window.

"I put my heart and soul into track and field, and worked hard to get where I am today," Coleman wrote on Instagram.

"It's simply disrespectful when fake fans speculate and talk about drugs in relation to the great athletes we have in this sport.

"It does nothing but hold the sport back from the popularity I know it can reach in the future.

"I shouldn't have to defend myself but for the first and last time I literally do not take any supplements or protein powders.

"Nothing even legal to help with recovery."

Coleman clocked the joint-seventh-quickest 100 metres time in history with 9.79sec in Brussels last year, and has two silver medals from the IAAF World Championships, in the 100m and 4x100m relay at London 2017.

"I work hard at practice, drink water and Powerade, rest, and work even harder the next day," Coleman added.

"Therefore, I have never failed a drug test and never will.

"I'm the biggest advocate for clean sport because I know the sacrifice and what it takes to make it to this level.

"There have been a lot of inaccurate things said in the media over the past few weeks; it's a shame we live in a world where clicks equals money, yet people still believe everything they read.

"Huge thank you to all my supporters.

In a separate 22-minute video released yesterday, Coleman admitted all three failures came as a result of him forgetting to update his whereabouts, causing his absence when drugs testers tried to take a sample.

But he believes he deserves "a public apology" for a case USADA should not have lodged.

"They expect athletes to know the rules but they can’t follow their own," Coleman said.

"It hurts athletes' reputations when we have a situation like this with USADA.

"Luckily I'm in a situation where financially I can afford a lawyer and I can afford to miss races and afford to have the best people defending me against a corporation like USADA.

"But if you’re a lower name, you might just get run over by USADA because they are just looking to get people out of the sport.

"Their organisation is designed to protect the athletes, but in that situation I felt like a victim.

"I felt like I was being attacked and like they were going after the biggest name in the sport – a big fish."