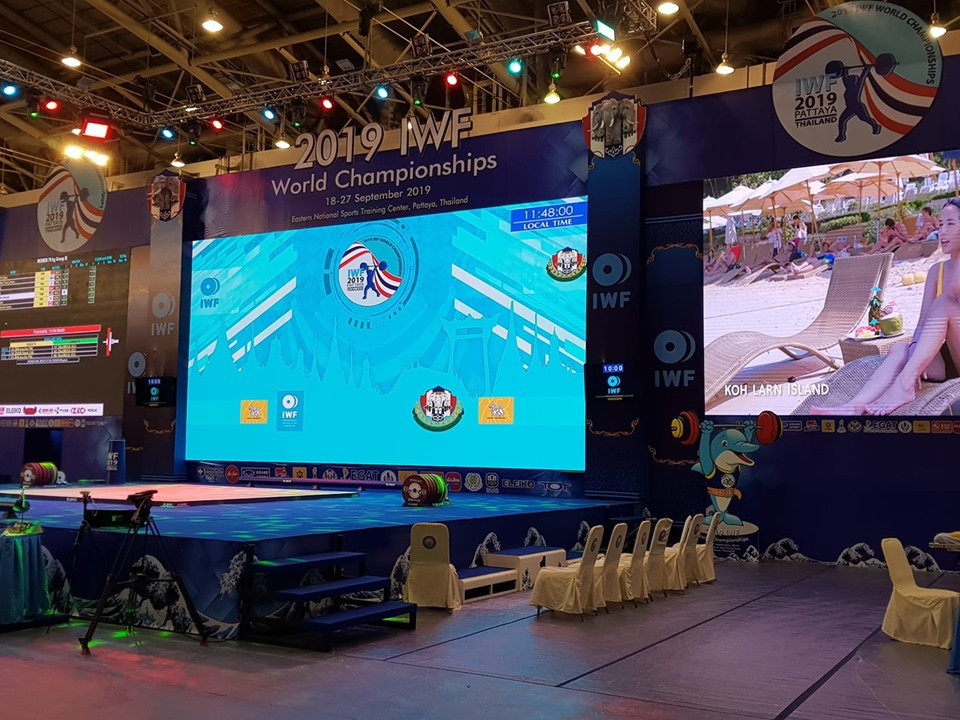 The International Testing Agency (ITA) has claimed that more than 300 samples will have been collected by the end of the International Weightlifting Federation (IWF) World Championships here in Thailand.

The ITA, a new umbrella drugs-testing body which became fully operational last year, is coordinating its first in-competition testing for the IWF at the 10-day event, which is due to conclude on Friday (September 27).

An international team with "solid expertise" is present on the ground to perform testing activities.

Doping control staff from the Hungarian National Anti-Doping Agency – with experience in testing at IWF events – have been joined by staff from the Australian Sports Anti-Doping Authority, while the Doping Control Agency of Thailand has provided support personnel.

Next to coordinating the testing, the ITA has also sent one specialised staff member on-site to oversee anti-doping activities.

"Using the opportunity of the competition to reach many international weightlifting athletes, the ITA will conduct a series of outreach activities on site," the organisation said in a statement.

"These education programmes aim at raising awareness amongst athletes and increasing their knowledge about clean sport, with the ultimate objective of keeping sport real together."

During the SportAccord Summit in the Gold Coast in May, the IWF completed the second part of an agreement with the ITA in a move which effectively assured the sport's full inclusion on the programme for the 2024 Olympic Games in Paris.

Weightlifting's place had been conditional owing to continued concerns with the sport's doping record.

The International Olympic Committee Executive Board ruled in March the sport would feature on the Paris 2024 programme, with the conditional status lifted automatically when the update agreement with the ITA was signed.

The IWF signed an agreement with the ITA in November and it came into force in January.

It mainly focused on the IWF's out-of-competition testing but also included detailed risk assessment, test distribution planning and management, Therapeutic Use Exemption management and support with regard to the IWF's education initiatives.

The long-term storage and re-analysis of samples is also being handled by the organisation.

Last week, Ben Cohen, director general of the ITA, gave the IWF Executive Board an outline of the anti-doping activities that have been implemented for the world governing body so far and expressed his confidence that the partnership will help promote a doping-free culture in weightlifting.

The collaboration was also introduced at the IWF Congress, where all national weightlifting federations had the opportunity to become familiar with the ITA and its operations.