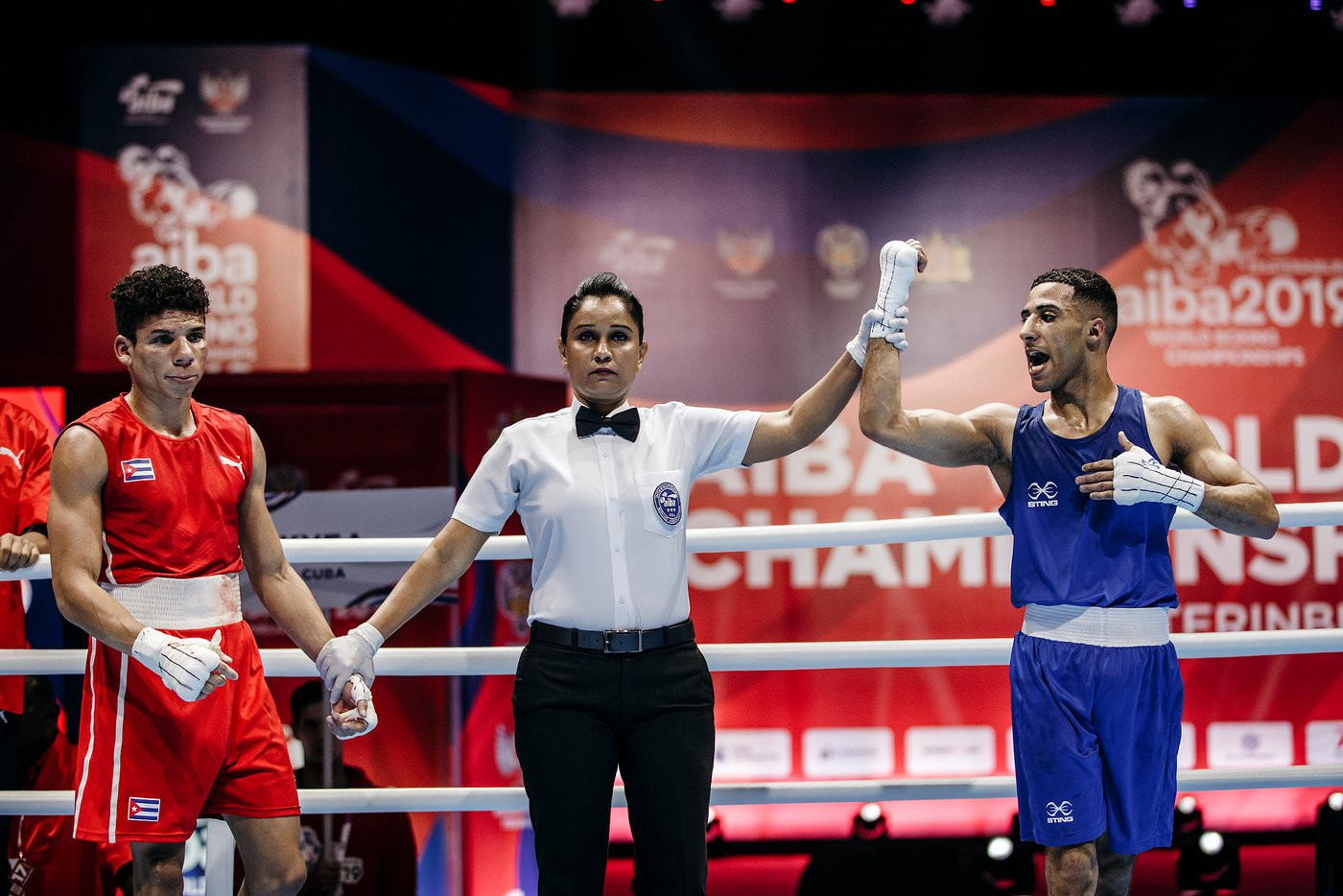 He now faces Billal Bennama of France, who caused shockwaves around the venue when he knocked home favourite Vasilii Egorov out of the competition with a unanimous win.

He defeated Azat Usenaliev of Kyrgyzstan 5-0 and will now fight Daniel Asenov of Bulgaria.

The division's fifth seed secured a unanimous victory against Michael Angeletti of the United States.

Cruz has a tough challenge next against Russia's Ilia Popov, who beat Harry Garside of Australia 4-1.

France's Sofiane Oumiha, lightweight world champion in 2017, progressed in his new division with a 4-1 result against Bakhodur Usmonov of Tajikistan.

His next opponent will be Keyshawn Davis of the United States, a unanimous victor over Michael Alexander of Trinidad and Tobago.

The afternoon session concluded with the heavyweight division.

European champion Muslim Gadzhimagomedov delighted the Russian supporters when he was named the unanimous winner over David Nyika of New Zealand.

The Uzbekistan fans were not so happy when second seed Sanjar Tursunov was defeated by Sanjeet Sanjeet of India 4-1.

Gadzhimagomedov will now face England's Cheavon Clarke, who overcame Armenia's Henrik Sargsyan 3-1, while Sanjeet comes up against Julio Castillo of Ecuador, a unanimous victor against Ádám Hámori of Hungary.

Comepetition continues tomorrow with the quarter-finals in all eight weight classes.