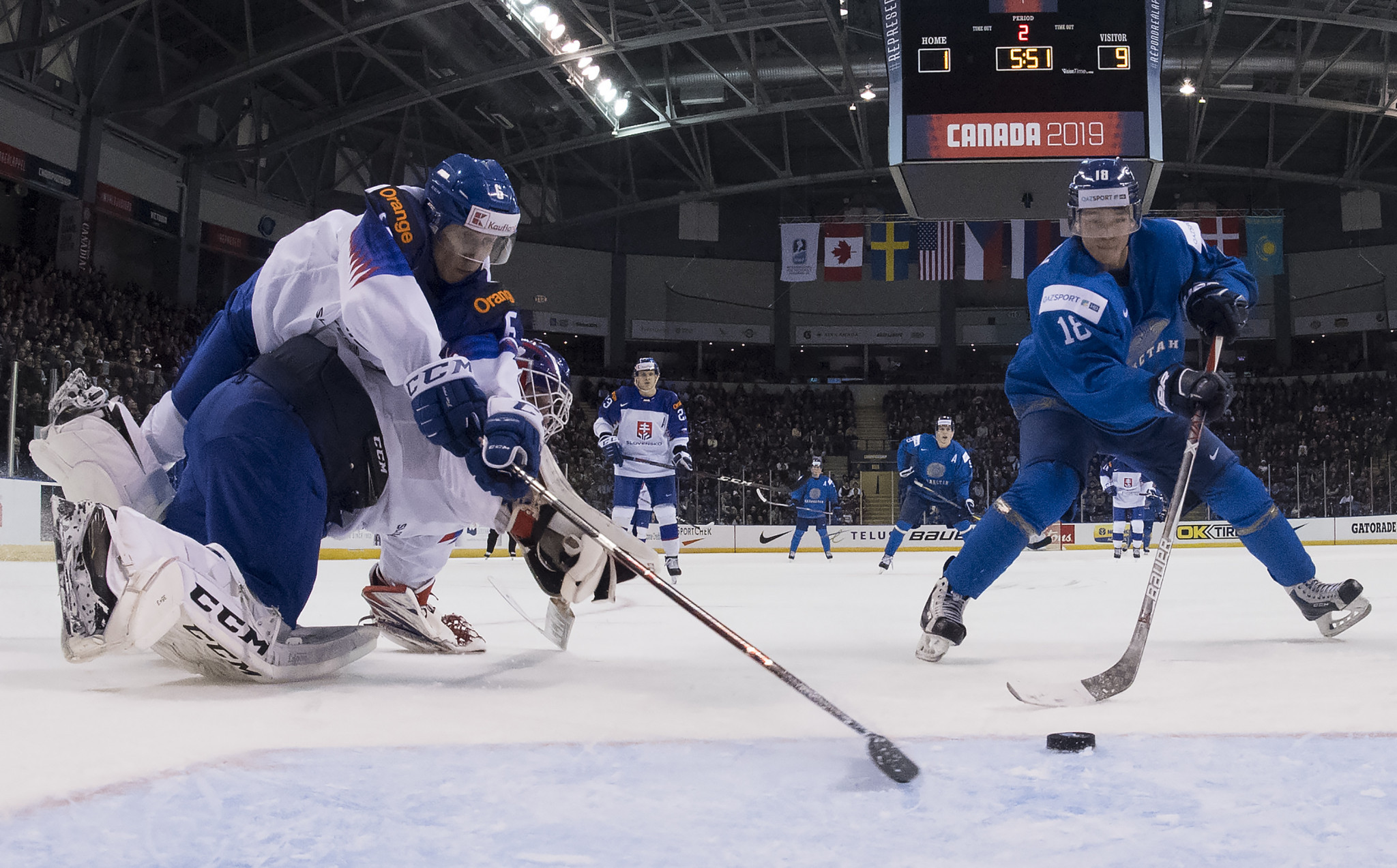 Slovakia progressed into the quarter-finals of the International Ice Hockey Federation World Junior Championships with a 11-2 thrashing of Kazakhstan in Victoria.

Adam Liska and Adam Ruzicka both scored for Slovakia in the first minute, before Ruzicka, Andrej Kollar, Filip Krivosick and Marcel Dlugos made it 6-0 by the 15th minute at the Save-On-Foods Memorial Centre.

Kollar got another two goals, with Dlugos, Milos Roman and Pavol Regenda putting the game beyond doubt.

The victory saw Slovakia take fourth place in Group B and qualify for the quarter-finals with their opponents now out.

They will play either hosts and defending champions Canada or Russia depending on the result of tomorrow's Group A clash between the two teams.

ICYMI: Russia had a comeback win in a wild game against Switzerland, 7-4. Watch the goals in this #WorldJuniors video! @russiahockey @russiahockey_en @swissicehockey

"They are both very good teams," said Roman.

"I think we have to be ready for it.

"Now it’s time to do everything for that and be ready for the quarter-final."

Russia subjected Switzerland to a 7-4 defeat at the Rogers Arena in Vancouver, with the Swiss initially going 2-0 up before the Russians took control of the game.

Despite this, Switzerland have still qualified for the quarter-finals in either third or fourth place depending on tomorrow's results.

Russia's fixture with Canada will determine who finishes top of Group A, with both teams currently unbeaten.

The remaining game in Group A will see Denmark take on the Czech Republic with both teams still in with a chance of securing the final quarter final spot from the pool.

Sweden meets Kazakhstan and the United States play Finland in Group B.