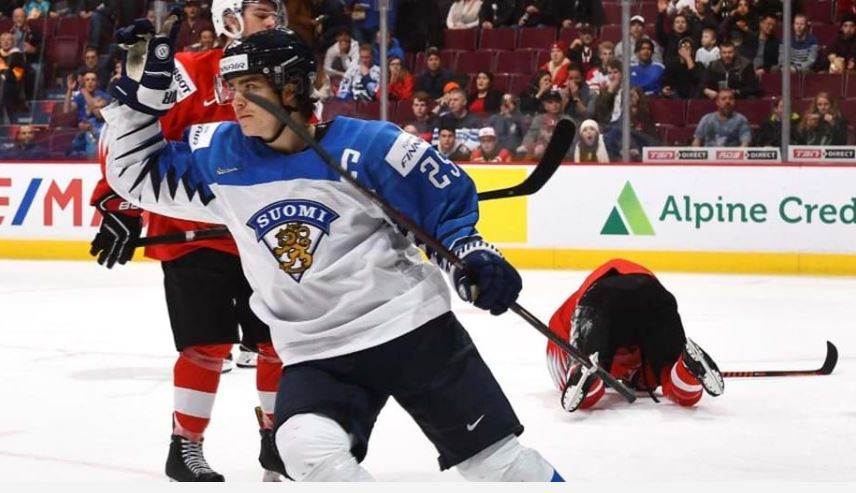 Finland and the United States will meet in the final of the 2019 International Ice Hockey Federation World Junior Championships in Canada.

The Finns thrashed Switzerland 6-1 to advance into the showpiece game in Vancouver.

Having knocked out the hosts and defending champions Canada in the quarter-finals, they have now gone a step further and will play the US in tomorrow's gold medal match after the Americans beat Russia 2-1 in the other semi-final.

Both matches took place at the Rogers Arena.

Tomorrow's final will be the first time in the competition's history that the US and Finland have fought for gold.

"I think for the team, four fast goals helps a lot because we've been struggling a little bit with scoring."

If Finland win the final, they will gain their fifth world junior gold medal, with the US also seeking their fifth title.

From a US point of view, advancing to the final means they are now guaranteed a medal for the fourth year in a row.

Alexander Chmelevski gained the winner in the second period, while Oliver Wahlstrom grabbed the other.

Russia's goal came from Grigori Denisenko, with the team having 36 shots in all.

The US goalkeeper Cayden Primeau was named their player of the game with defenceman Phil Kemp calling him "a stone cold killer".

"He's seeing beach balls out there, and we're grateful to have him in the cage," he said.

Last year the US picked up bronze, gaining their last gold in 2017.

Tomorrow’s final will go ahead at 5pm local time at the Rogers Arena.

Elsewhere, Denmark were relegated from the top tier of the World Championship after losing the second match of the best-of-three relegation play-off against Kazakhstan.

The Kazakhs won 4-0 to back up a previous 4-3 win and secure their survival.