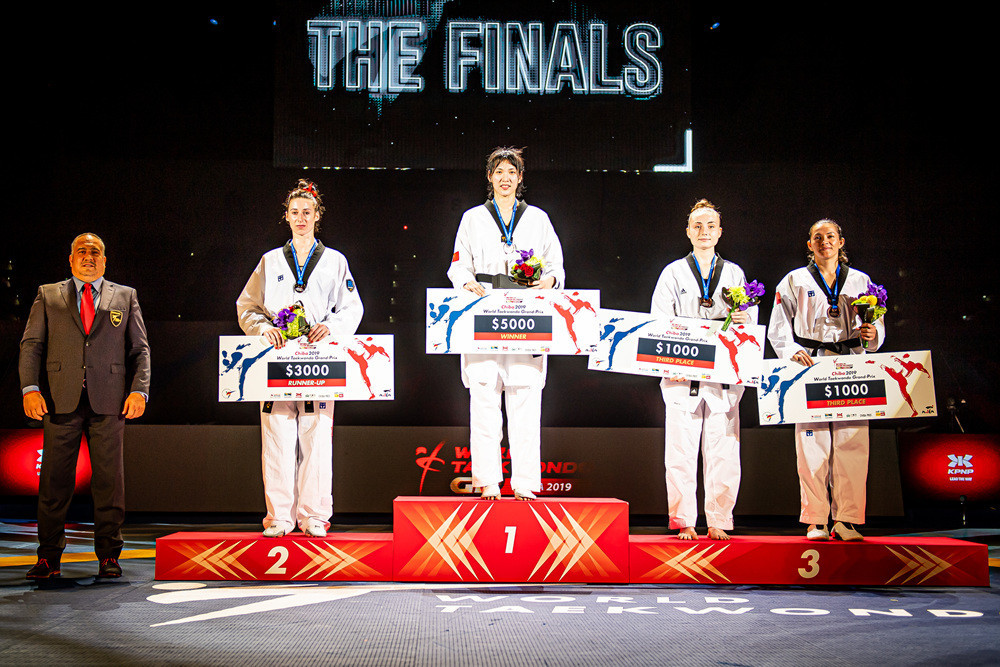 The World Taekwondo Grand Prix, being held for the first time in Japan, produced an opening day of drama at the Chiba Port Arena.

The highlight of the day was the "grudge match" between China's Rio 2016 Olympic champion Shuyin Zheng – known as "The Beautiful Giraffe" – and the Briton who beat her to the +67kg world title this year, Bianca "Queen Bee" Walkden.

The Briton attacked in the first round to go 5-0, and was still 5-1 up after the second.

But she appeared to have a problem with her leg in the third as Zheng fought back, levelling at 5-5 with a round kick to take it into golden round.

As Walker moved forwards with sidekicks, Zheng timed her counter – a round kick to the torso – to earn two points and the win.

Bronze medals went to Svetlana Osipova of Uzbekistan and Maria Espinoza of Mexico.

There was drama earlier in the women's -57kg class, where Turkey's Hatice Kübra İlgün, trailing 3-1 to Nada Laaraj of Morocco with just two seconds remaining, produced a long, high round kick that connected with her opponent's head to earn a 4-3 win.

Gold in the men’s -68kg class went to Iran’s Mirhashem Hosseini following a hard-won victory over Britain’s Christian McNeish by 36-20.

Action resumes tomorrow at the at the Chiba Port Arena, when the women's -67kg, men's -58kg and men's +80kg categories are contested.

The venue is close to where competition will be held at next year's Tokyo Olympics – the Makuhari Messe Hall A.