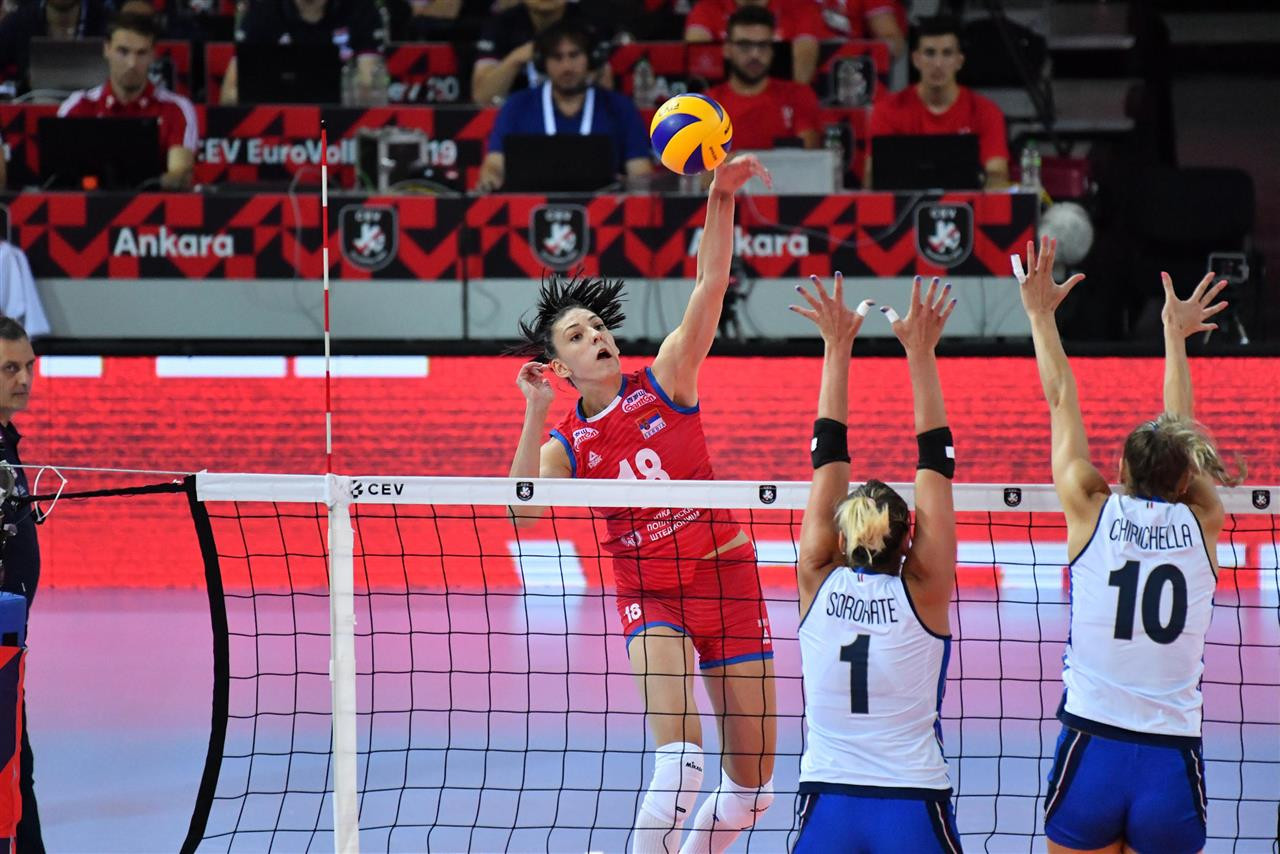 World champions Serbia booked their place in the Women's European Volleyball Championship final with victory over Italy in Turkey.

Serbia cruised into a 2-0 lead before the Italians threatened a fight back by claiming the third set at Ankara Arena.

The Serbians, who won the title two years ago by defeating the Netherlands, will take on hosts Turkey in the final.

🎙️Brankica Mihajlovic 🇷🇸 scored 13 points in the #EuroVolleyW semi-final game against Italy! Check out what she said right after the match! @ossrb pic.twitter.com/HT4PPCmiFg

Turkey, who finished third at the European Championship in Baku in 2017, held off a challenge from Poland challenge to reach the final.

The home side stormed into a 2-0 lead before Poland hit back by claiming the third set 25-14.

Poland will face Italy in the bronze medal match tomorrow.