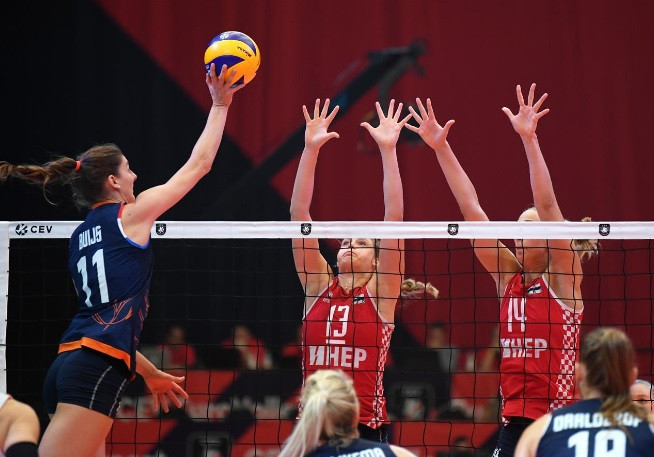 The Netherlands swept aside Croatia to maintain their 100 per cent start to the Women's European Volleyball Championship.

The Dutch team recorded their fourth consecutive straight-sets victory in Pool C with a comfortable 25-18, 25-12, 25-10 win over Estonia at Budapest Sports Arena.

The result saw the Netherlands, who became the first team to qualify for the last 16 yesterday, cement their top spot in the group.

"Today we were really dominant, so I’m happy that we kept the pressure high," said Dutch outside hitter Celeste Plak.

"In the third set they came back a little bit.

"We let them play, but I’m happy that in the end we could finish this match in straight sets."

Belgium boosted their chances of reaching the knockout phase as they won their third match from four in Pool B at Atlas Arena in Łódź, Poland.