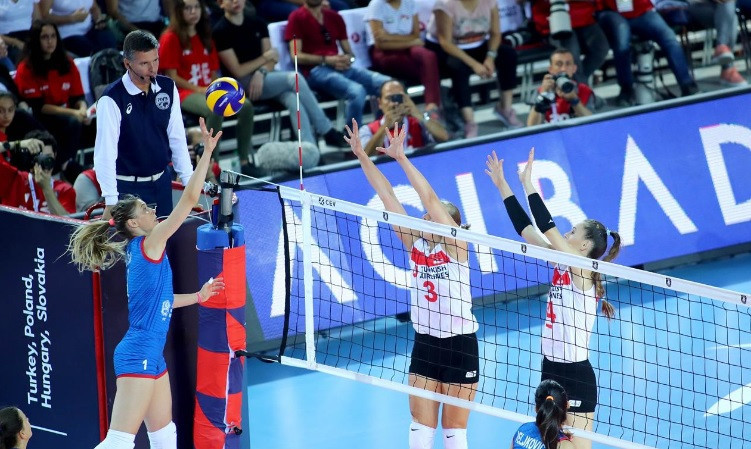 World champions Serbia fought back to beat Turkey to secure top spot in Pool A, as the last 16 was confirmed at the Women's European Volleyball Championship.

The victory saw Serbia complete the group phase with an unbeaten record.

Both sides had already qualified for the knockout round, which begins on Sunday (September 1).

Serbia will take on Romania, who ended Pool C in fourth place despite a straight-sets loss at the hands of Azerbaijan.

"I am proud of my team," said Serbia captain Maja Ognjenovic.

"We had some ups and downs, especially in the third and fourth sets but I am happy that after losing a few points, we could come back and that we play as a team.

"We will be at the top and give our maximum against Romania."

Turkey face Croatia, who finished a place below Azerbaijan in their group at Budapest Sports Arena.

The Netherlands' reward for winning Pool C is a last-16 meeting with Greece, while Azerbaijan play Bulgaria.

In the other round-of-16 ties, Poland go up against Spain, Russia entertain Belgium, Italy take on Slovakia and Germany face Slovenia.

All eight matches will be held on Sunday following two rest days.