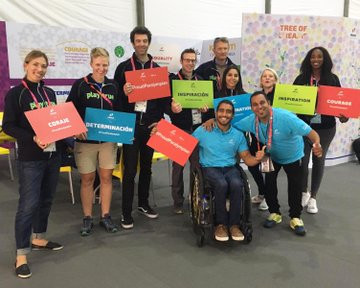 In a list of summaries and outcomes from its latest meeting in Peru, the Athlete Committee also called on WADA to follow up with IFs who have been provided with cases.

Twelve athletes have so far been provisionally suspended by the International Weightlifting Federation (IWF) based on evidence in the McLaren Report and data retrieved from the Moscow Laboratory.

The International Association of Athletics Federations, through its Athletics Integrity Unit, is among the other organisations assessing the information from the laboratory and obtained by WADA.

Beyond their meeting, they visited WADA's Outreach Booth and the @Paralympics' "Proud Paralympian Program" in the Athlete Village ?#PlayTrue #Lima2019 pic.twitter.com/ArEhyvK6FC

WADA announced in July that it had identified 300 athletes with the most suspicious data recovered from the Moscow Laboratory and had sent evidentiary packages on 43 competitors to the relevant world governing bodies.

It is up to IFs to pursue anti-doping rule violations against those found to have been involved in the doping scandal, which corrupted events including the 2014 Winter Olympic and Paralympic Games in Sochi.

In its statement, the WADA Athlete Committee said it "strongly encourages WADA to be as open, public and transparent as possible on the number of cases, number of Federations, sports and athletes provided" to IFs.

"The WADA Athlete Committee strongly encourages WADA to follow up with IFs who have been provided with cases and establish clear timelines and deadlines by which IFs must process and advance cases provided to them," the statement added.

WADA has pledged to assist IFs to help sanction or exonerate athletes but has also warned it will not hesitate to go to the Court of Arbitration for Sport if they choose not to act.

The IWF provisionally suspending 12 athletes - including some who had already been stripped of Olympic medals for doping - was hailed by WADA as a "an excellent development for clean sport" and "shows justice being brought to those that may have cheated their sport".