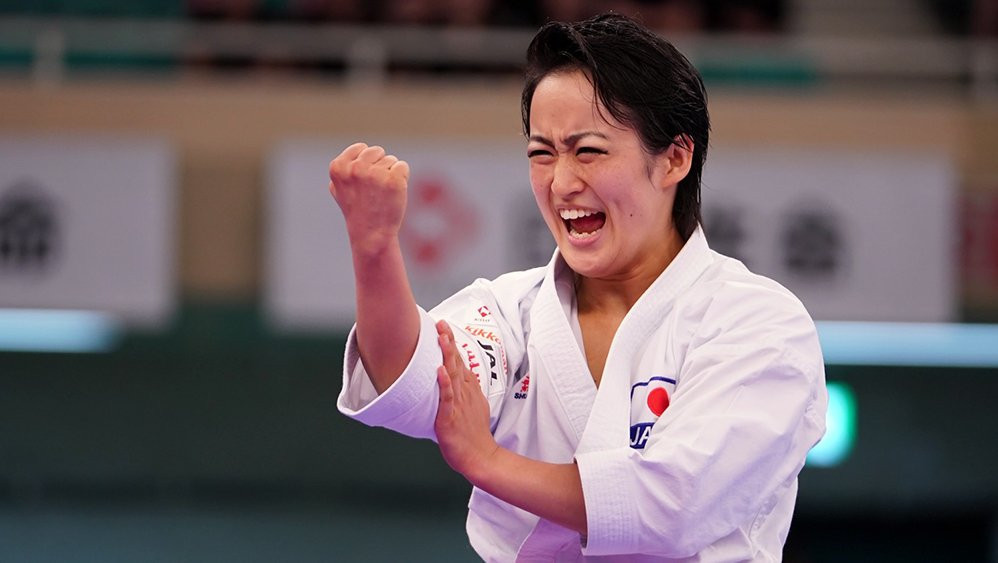 Japan's Shimizu and Spain's Sanchez have contested all four of the season's previous event finals in 2019 and they both topped their respective pools at Nippon Budokan sports hall, an Olympic venue for Tokyo 2020.

World title holder and current grand winner Sanchez prevailed in her pool with a score of 26.54, as World Championship runner-up Shimizu topped her pool on 26.68.

"The first thing that was on my mind when I stepped into the tatami this morning was that we would be competing in the Olympic Games right here next year," said Sanchez.

"I took this event as preparation ahead of the Games, and I wanted to know what I would feel next year.

"It was a very thrilling moment for me; hopefully, I will be able to experience it again next year and who knows, maybe I will get the same result!”

In the men's under-67 kilograms kumite contest, Burak Uygur of Turkey earned a hard-fought victory over Soichiro Nakano of Japan in the semi-finals.

Nakano's compatriot Hiroto Gomyo reached the final with a 5-1 semi-final win against Dionysios Xenos of Greece.

He will meet current grand winner Rafael Aghayev of Azerbaijan in the final after he upset Ukrainian Stanislav Horuna in the last four.

Men's over-60kg world champion Angelo Crescenzo of Italy qualified for a third final of the season.

Kazakhstan's Darkhan Assadilov awaits in the final after he produced an impressive 6-0 triumph against Iranian Majid Hassanniaidelami.

Anzhelika Terliuga of Ukraine will bid for a third gold medal of the season in the under-55kg division.

She won by decision against Luxembourg's Jennifer Warling, while Wen Tzu-Yun from Chinese Taipei won 2-1 in her semi-final against Carlota Fernandez Osorio of Spain.

In the women's under-50kg final, Alexandra Recchia of France will face Sara Bahmanyar of Iran.

Recchia dominated her semi-final to record a 9-1 triumph over Shiau-Shuang Gu of Chinese Taipei.

Bahmanyar won 5-0 against Gu's compatriot Tsui-Ping Ku to set up a second final of the year, after claiming silver at Karate 1-Series A in Salzburg.

Action will continue tomorrow with the rest of the elimination rounds.