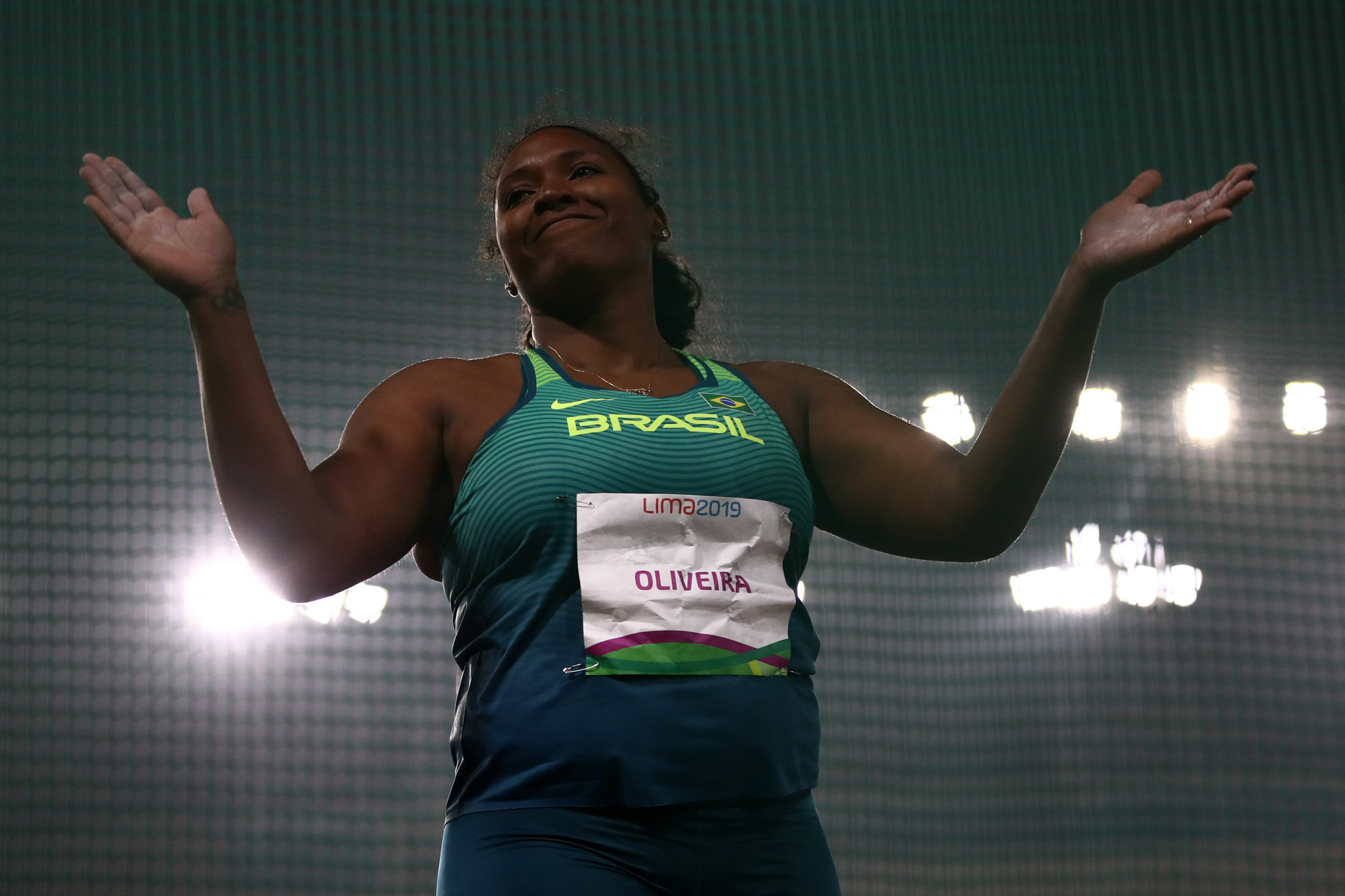 Her South American Games record throw of 65.98 metres had put the Brazilian on course to claim the gold medal.

But it was ultimately beaten by the Games record 66.58m, achieved by Cuba's Yaime Perez in the final round of competition.

The Brazilian settled for the silver medal, with team mate Fernanda Martins claiming the bronze medal on 62.23.

Cuba;s Denia Caballero finished fourth at the Games with a throw of 60.46m, but potentially could rise to third place should de Morais be stripped of her medal.

The AIU has announced the Brazilian was charged due to the presence of the prohibited substance SARM S22, an anabolic agent.

The case is currently subject to Panam Sports proceedings.

De Morais, who lies sixth in the world rankings, could be ruled out of this month's World Athletics Championships in Doha.

The South American champion is the third athlete to have been implicated in a doping offence at the Games in Lima.

Dominican Republic did not lose their fifth-place finishing position, with two positive tests required for a team to be disqualified from the competition.

At the time of Perez's failed test, Panam Sports said a total of 1,197 anti-doping controls had been carried out to date, with 670 taken in competition and 527 out of competition.

Chilean equestrian athlete Mauricio González was confirmed to have been left out of the country's delegation before the Games.

Teenager sprinter Briana Williams of Jamaica had been due to compete at the Games, but travelled to the Peruvian city without competing.

It later emerged she had testing positive for the banned diuretic hydrochlorothiazide, leaving her participation at the World Championships in doubt.

It has been claimed the substance was contained in an over-the-counter cold-and-flu medication given to her by a close relative.

Williams' representatives have said they are seeking a "no fault" verdict, asserting that in the circumstances and there should be no sanctions levied against her,