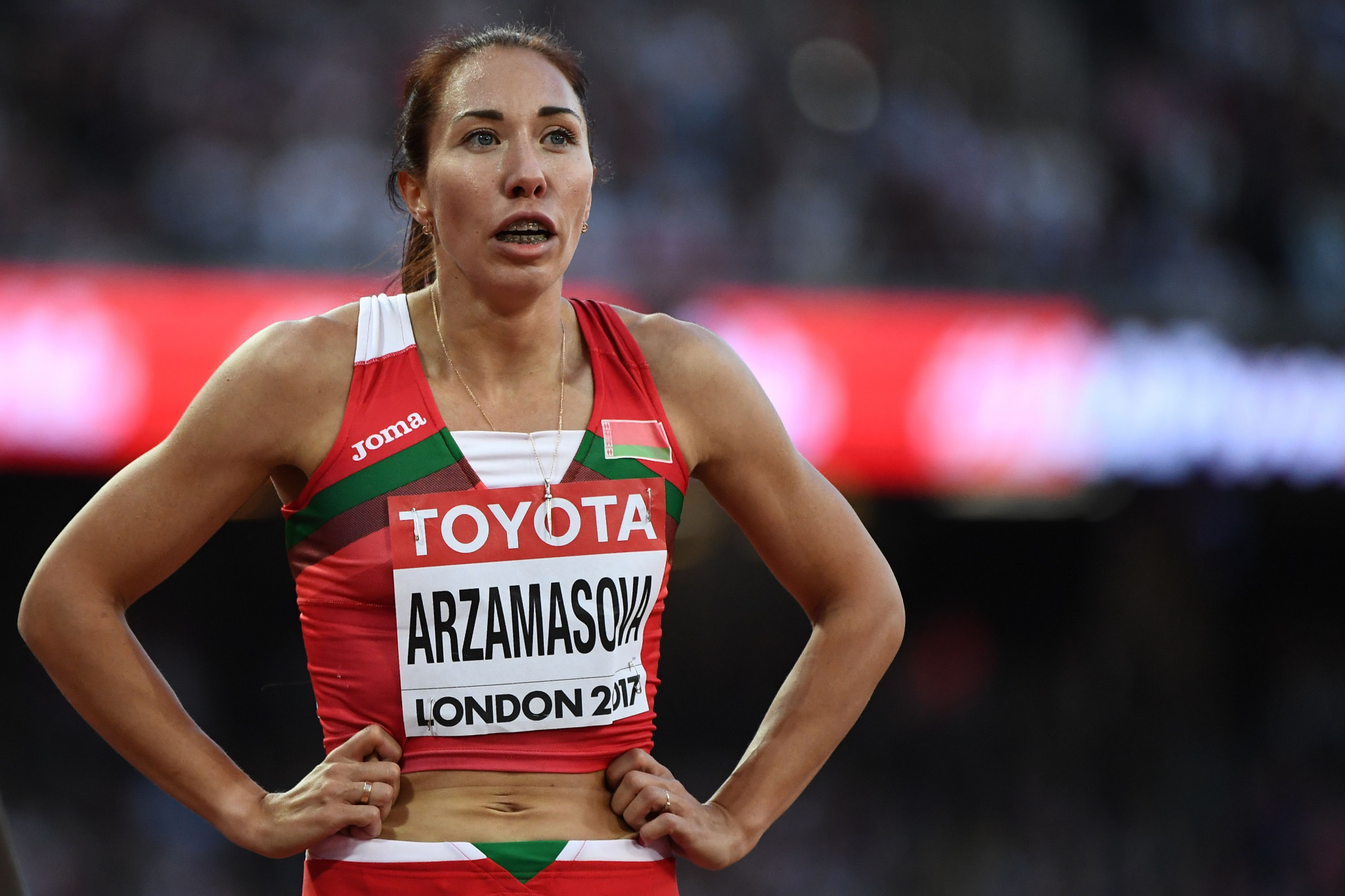 Arzamasova won the 800m title at the 2015 International Association of Athletics Federations (IAAF) World Championships in Beijing, and remains the last athlete aside from South African Caster Semenya to win outdoor gold over two laps at a major event.

She finished seventh in the 800m at the 2016 OIympic Games in Rio de Janeiro, but failed to progress from the heats at the following year's World Championships in London.

The suspension against Arzamasova comes with a month until the start of this year's World Championships in Doha, starting on September 28.

The AIU confirms a Provisional Suspension against Belarusian middle-distance runner Marina Arzamasova for a violation of the @iaaforg Anti-Doping Rules.
Find out more ➡ https://t.co/opInfkVlnV#CleanSport #AIUNews pic.twitter.com/rAa56D1tDX

"The AIU confirms a provisional suspension against Belarusian middle-distance runner Marina Arzamasova for a violation of the IAAF anti-doping rules," the AIU said.

The AIU also announced Ukraine's 35-year-old shot putter Andriy Semenov had been suspended for two years after he failed a test in retrospective analysis of a sample taken at the 2011 World Championships in Daegu.

Semenov finished 22nd at the event in South Korea and failed to reach the final.

His results from August 22 2011 to August 22 2013 have been disqualified after the positive test for banned steroid turinabol.

Semenov's two-year ban has been backdated to July 29 of this year, the date he was provisionally suspended, and he cannot return to the sport until 2021.