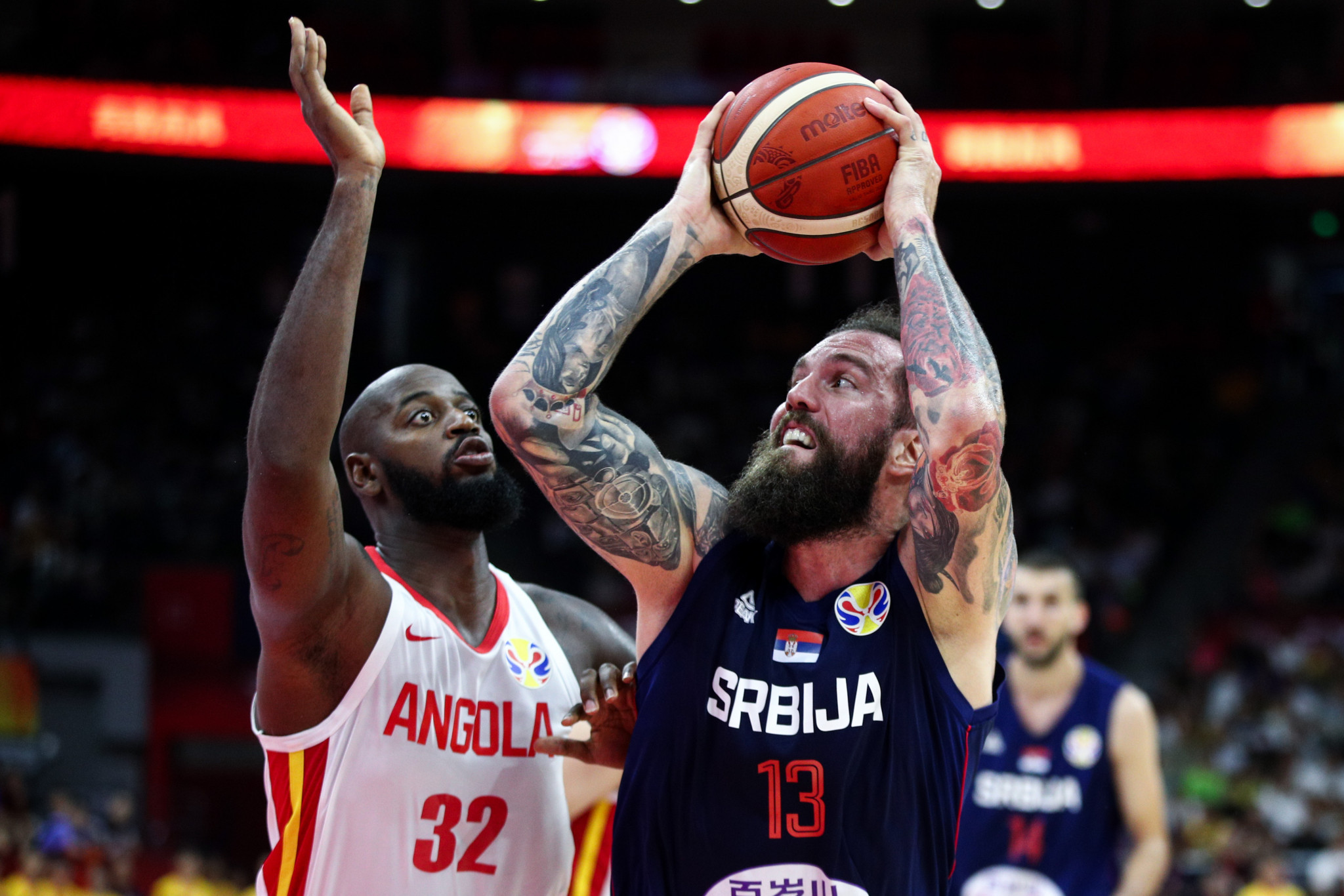 Serbia have begun their International Basketball Federation (FIBA) World Cup campaign in China with a dominant victory over Angola.

They thrashed Angola 105-59 in Group D at Foshan International Sports and Cultural Arena.

Bogdan Bogdanovic was the star for Serbia in front of 14,000 spectators, scoring 24 points.

"We played a great game from the beginning till the end," said Serbia's Nikola Milutinov.

"Mentally, we were ready both ways - offensively and defensively.

"This is why we grabbed this easy win."

👀 It doesn't get better than that.

Group A saw hosts China ease past Ivory Coast 70-55 at the Wukesong Arena in Beijing, with Poland defeating Venezuela 80-69.

The last of the day's matches took place in Group B at Wuhan Gymnasium.

Russia narrowly got past Nigeria 82-77, while Argentina beat South Korea 95-69.

The United States are set to begin their title defence against Czech Republic at Shanghai Oriental Sports Centre.