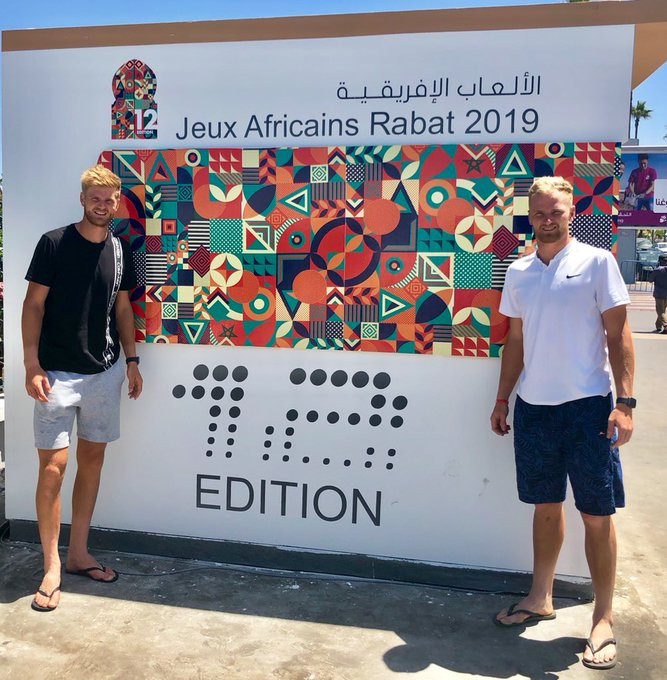 Zimbabwean tennis player Benjamin Lock described carrying his country's flag at the Opening Ceremony of the 2019 African Games as "one of the proudest moments" of his life.

The Opening Ceremony for the 12th edition of the African Games took place at the Prince Moulay Abdellah Stadium on August 19.

Lock, currently number 484 in the Association of Tennis Professionals world rankings, was given the honour of leading Zimbabwe out.

“It was a huge privilege and a massive honour to lead my country and fellow athletes into the Games,” Lock said, as reported by Zimbabwe's The Standard.

“I had goosebumps holding the flag for the entire ceremony.

"I’m grateful for Zimbabwe sports for giving me that chance and it is one of the proudest moments of my life."

Lock will compete in both the singles and doubles competition alongside brother Courtney Lock.

Was an absolute honor to be the flag-bearer for #Zimbabwe last night at the All Africa Games opening ceremony??? Well done to #Morocco for putting on a tremendous show. Team Zim, let’s do this ??? #LockedIn #TeamZim pic.twitter.com/xWmgtZDjkm

“I play well on clay and I have played most of the European summer on clay, so I feel confident to perform well,” he said.

“My mentality this week is to assert dominance in my matches and to play loose and stress-free.

“I’ve told myself that no matter the outcome, I’m going to enjoy playing the game.

"I love representing my country.

“For the doubles event Courtney and I are very confident and are looking forward to the challenges that await us."

Tennis will act as a Tokyo 2020 qualifying event at the African Games, with seven Zimbabwean players competing in the Moroccan capital of Rabat.

The Games will continue until August 31, with 26 sports taking place in total.