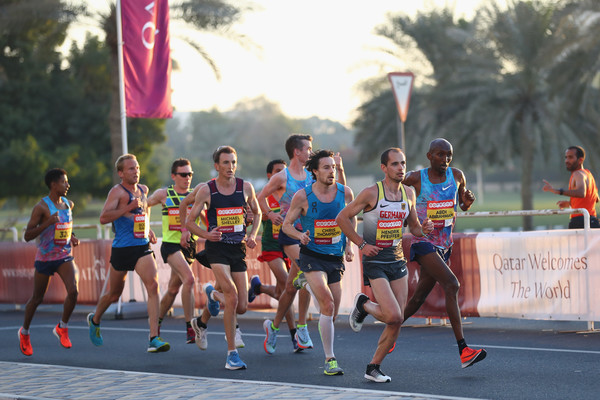 The International Association of Athletics Federations (IAAF) will conduct research into heat stress using pills at this year's World Championships in Doha, but they will not be used to monitor the condition of competitors in real time.

Intense temperatures in Tokyo this summer, one year ahead of the Japanese capital hosting the Olympic Games, have led to sports governing bodies investigating how best to combat heat exhaustion.

The IAAF has asked athletes competing in long-distance events at the World Championships in Qatar between September 27 and October 6 to participate in a study of how much they are affected by extreme heat when competing.

Male and female 10,000 metres athletes, marathoners, and race-walkers will provide information on how they acclimatise to heat and hydrate, and will also be monitored by thermal cameras while competing.

They will also ingest a 1.7 gram electronic pill to record their core temperature and provide data for the IAAF.

But the IAAF revealed the pill will not be used to track data on athletes' competitive performance, so cannot be used to prevent heat exhaustion in a race or withdraw athletes at risk.

This comes after it was claimed a pill designed at the University of Brighton, monitoring athletes' core temperature to protect from heat exhaustion, would be used in Doha.

The University claimed the "temperature monitoring eco-system" developed by Brighton's Professor of Sport and Exercise Science Yannis Pitsiladis, which relays information on how an athlete is coping with heat during a race in real time via a smartwatch, would be on offer in Doha.

However, the IAAF told insidethegames: "The IAAF's heat stress research in Doha is a different project from what the University of Brighton is doing.

"The pill the University is talking about is not the pill we will be using in Doha, which is from the French company Bodycap and does not provide real-time data.

"Electronic pills that measure core temperature are not new, they have been used in sport for many years and are provided by a number of different companies, although the technology has improved in recent years.

"The electronic chip inside the Bodycap pill measures and records core temperature but it does not deliver real-time data, so it cannot be used to prevent heat exhaustion in a race or withdraw athletes at risk.

"This is not an objective of the IAAF study."

Ingesting the pill to help deal with heat issues does not constitute a performance enhancement, according to the World Anti-Doping Agency.

A WADA spokesperson told insidethegames: "Temperature monitoring devices in general are not prohibited and there doesn't seem to be any substance delivered in this process, so it would not seem to fall under any area of concern for WADA."