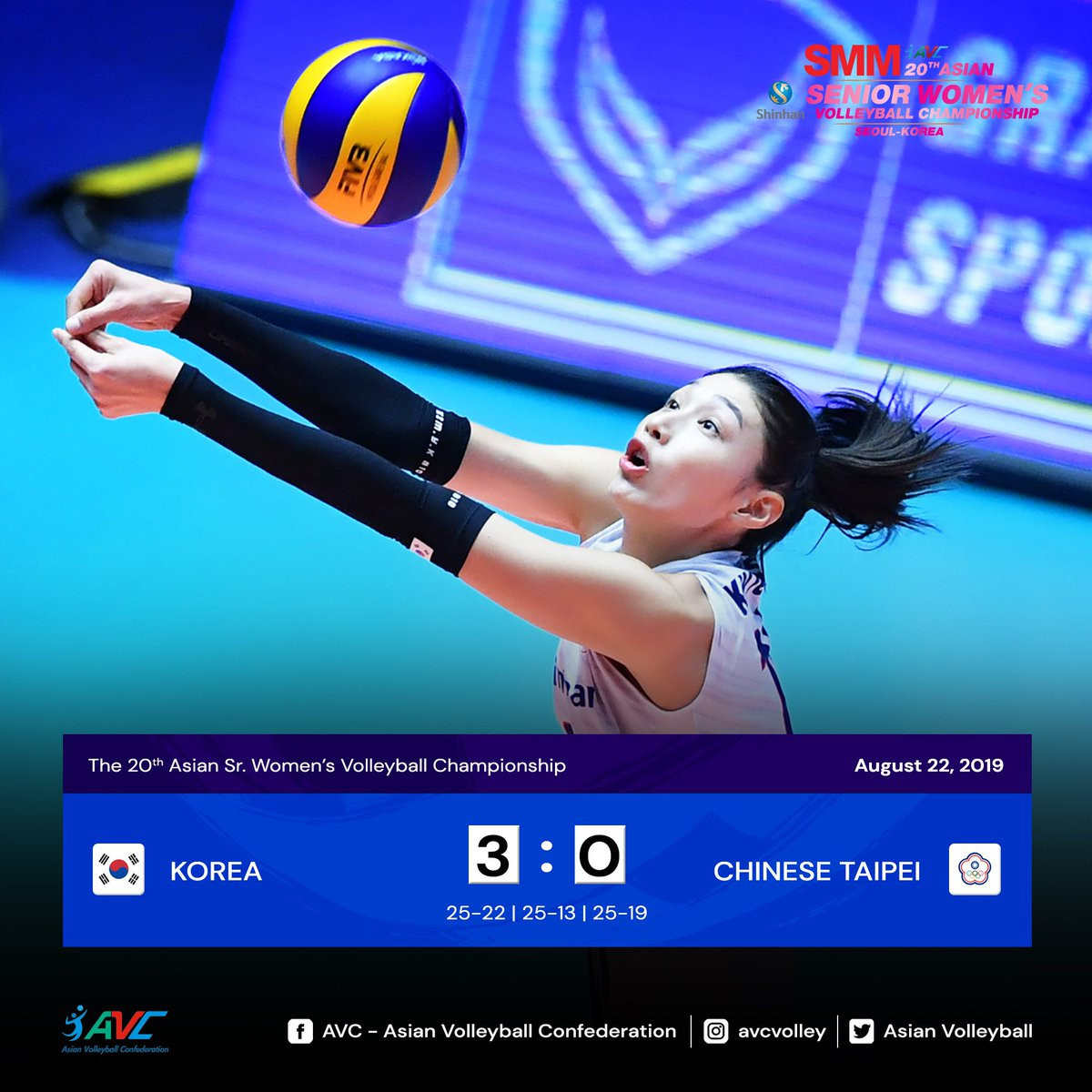 Hosts South Korea beat Chinese Taipei to secure their place in the semi-finals of the Asian Women's Volleyball Championship in Seoul.

Having carried over a win against Iran from Pool A in the first round, the home nation moved onto two victories in Pool E in the second round with a 25-22, 25-13, 25-19 triumph.

With both South Korea and Thailand on six points, tomorrow's clash between the two teams will determine the winner of Pool E.

There will also be a deciding match in Pool F tomorrow after China and holders Japan picked up wins to add to those carried over from the first round.

In the semi-finals, the winner of Pool E will face the runner-up in Pool F and vice versa.

Action is also underway in the consolation tournament.

In the ninth-to-12th-place playoffs, Hong Kong will play the runner-up in Pool H and New Zealand will go up against the winner.

Matches are taking place at the Jamsil Arena and Jamsil Students' Gymnasium venues.

Eight teams are set to advance from the event to the Tokyo 2020 Asian Olympic Qualification Tournament, although Japan, as hosts, and China, through this month's Intercontinental Qualifier, have already booked their spots at next year's Games.

Chinese Taipei, Indonesia, Iran, Kazakhstan, South Korea and Thailand have taken up six of the berths.

The other two will go to the ninth and 10th-place finishers from the consolation tournament.

The final in Seoul is scheduled to be held on Sunday (August 25).