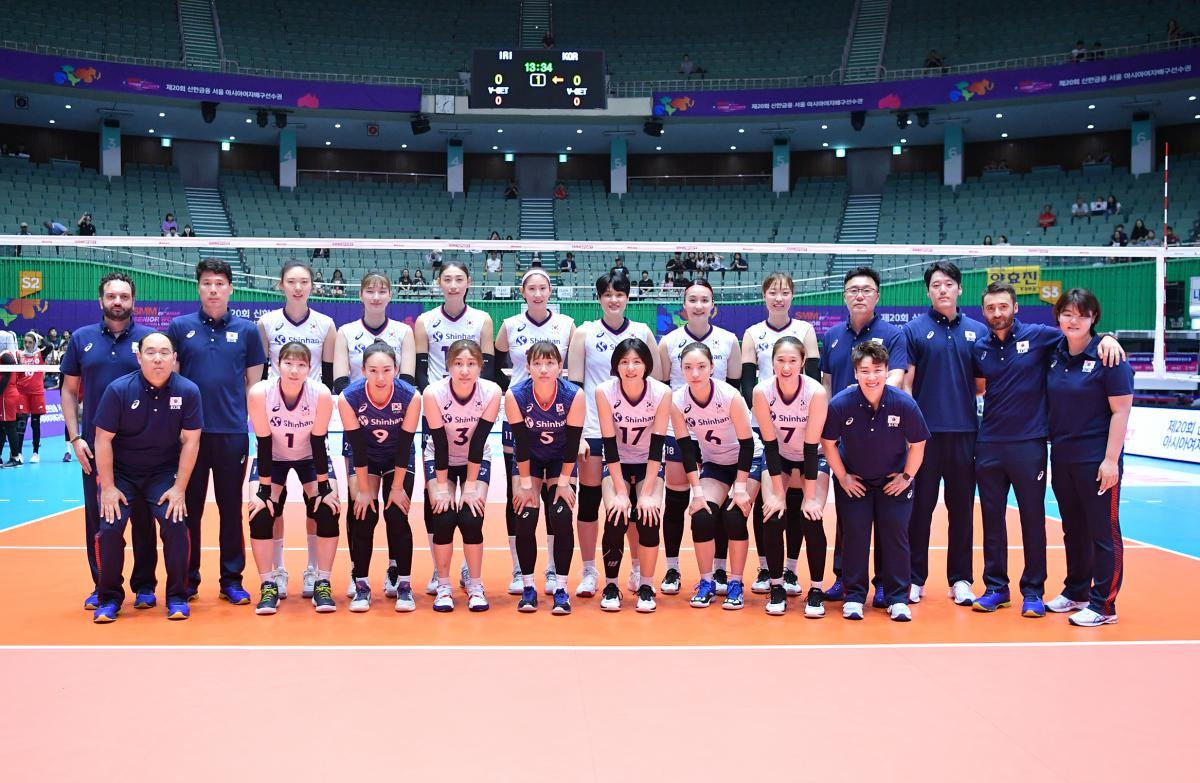 They won bronze at the last edition of the tournament in 2017 and will be hoping for better as they play host for the first time.

In Pool D record winners China, who are bidding for a 14th title, eased home against Sri Lanka as the reigning Olympic champions recorded a 25-11, 25-9, 25-12 victory.

Group play will continue in Seoul tomorrow, with matches taking place across the Jamsil Arena and Jamsil Students' Gymnasium venues.

Eight teams will advance from the event to the Tokyo 2020 Asian Olympic Qualification Tournament, although Japan, as hosts, and China, through this month's Intercontinental Qualifier, have already booked their spots at the Games.

The final in Seoul will take place on August 25.