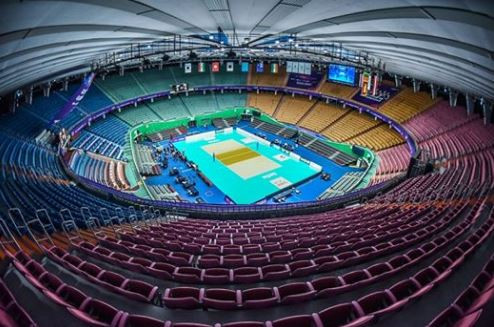 Defending champions and top seeds Japan go in search of a fifth Asian Women’s Volleyball Championship title when the 20th edition of the now biennial event starts in Seoul tomorrow.

This is the first time that South Korea has hosted a tournament in which it has been runner-up on seven occasions without ever claiming the title.

Of the 13 teams competing in this Asia Volleyball Confederation (AVC) event, the top eight will go through to the 2020 AVC Women’s Volleyball Olympic Qualification Tournament.

Thailand, the only team other than Japan and China to have won an event established in 1975 – taking gold in 2009 and 2013 – are seeded second, with the hosts third and Olympic champions China fourth.

China made certain they would be in Tokyo to defend their title next year after they booked a spot at next year's Games on the last day of the Women's Intercontinental Tokyo 2020 Qualification Tournament earlier this month.

The hosts, whose qualifying group also includes Hong Kong and Iran, will play their opening match against the latter nation tomorrow at the 13,500 capacity Jamsil Indoor Stadium which hosted the volleyball final at the 1988 Seoul Olympic Games.

Japan have been drawn with Kazakhstan, Australia and India.