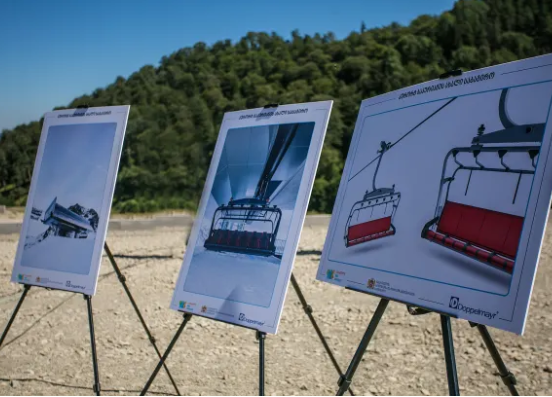 The International Ski Federation (FIS) is planning to install three new chairlifts at the venue for the 2023 Freestyle, Freeski and Snowboard World Championships.

The Championships will be held at Bakuriani, Georgia, and the lifts will be built in the Didveli area of the resort.

The plans were unveiled at an FIS event at Bakuriani Ski Resort, attended by Mamuka Bakhtadze, Prime Minister of Georgia, who spoke about the positive impact the Championships can have on the country.

He said: "As an ordinary Georgian, I am very proud that Georgia will host the Freestyle, Freeski and Snowboard World Championships."

Skiing is an emerging sport in Georgia, with the capital city Tbilisi to hold its first FIS World Cup event during the 2019/20 season.

The country has also applied to host the 2025 Youth Olympic Winter Festival, and the Minister of Economy and Sustainable Development, Natia Turnava, said redevelopment of Bakuriani was just part of their plans.

Turnava said: "The construction of three new lifts is the first project of our programme to carry out world-class international sport events in Georgia.

"We plan to create additional infrastructure - these are new ski areas, biathlon area and ice rinks.

"It is also very important to rebuild the trampoline jump infrastructure that has been destroyed for 40 years and to restore this sport.

"We will be fully prepared to host the largest winter sport events in compliance with the international standards."