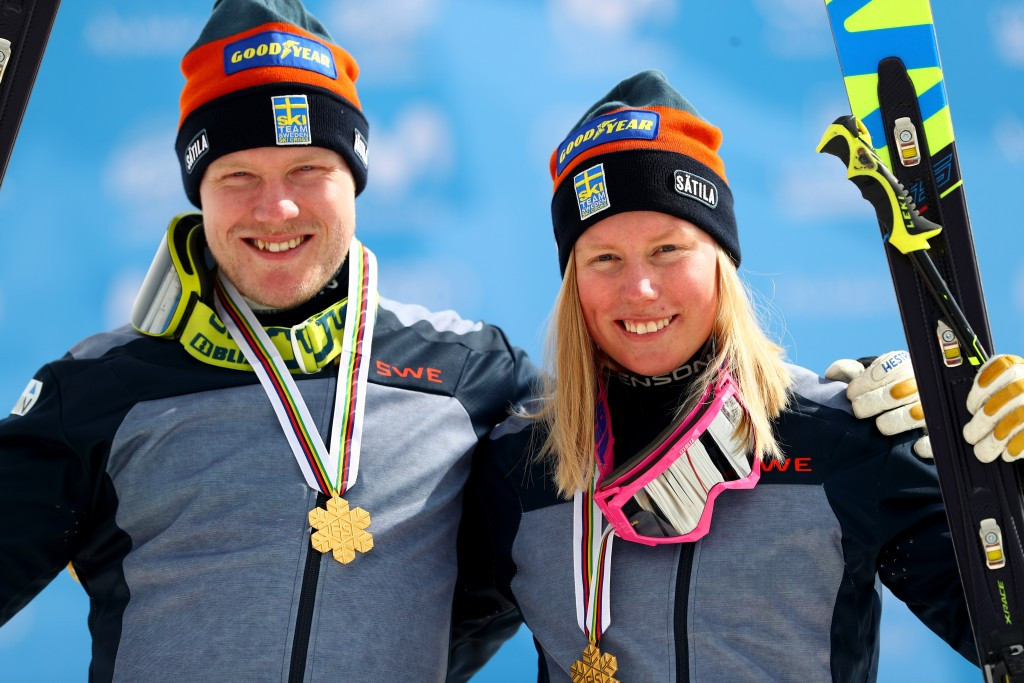 Oehling Norberg, a world bronze medallist in Austrian resort Kreischberg in 2015, held off New Zealand’s Jamie Prebble and France’s Francois Place to secure his maiden global crown at the end of a season when he finished 17th in the overall World Cup standings.

Defending champion Filip Flisar of Slovenia came fourth in the big final, while 2015 runner-up Jean-Frédéric Chapuis of France crashed out early in the competition and finished way down in 25th position.

Smith and David’s finishes were a reverse of those from 2015, when the former took bronze and the latter silver behind gold medallist Andrea Limbacher of Austria.

Pre-event favourite Marielle Thompson of Canada, the 2016-17 overall ski cross World Cup winner, failed to make the big final and had to settle for fifth spot after winning the small final.

"For Victor, he’s had a tough season, and for him to win the gold now is amazing.

"For me, I’ve been skiing good all year, and now to take the gold medal is really good."

Medals were also awarded today in the men's and women's halfpipe events as the United States' Aaron Blunck and Japan's Ayana Onozuka won the respective titles.

Blunck's compatriot David Wise, the reigning Olympic champion and 2013 world champion, just missed out on a medal in fourth spot.

In the women's event, Onozuka prevailed with a score of 89.80 points to go two better than her bronze medals at Sochi 2014 and the 2013 World Championships.

France's Marie Martinod, the Sochi 2014 silver medallist, was 2.8 points back in the runners-up spot, while the US's Devin Logan took bronze after registering 84.20.

Action in Sierra Nevada is due to continue tomorrow.