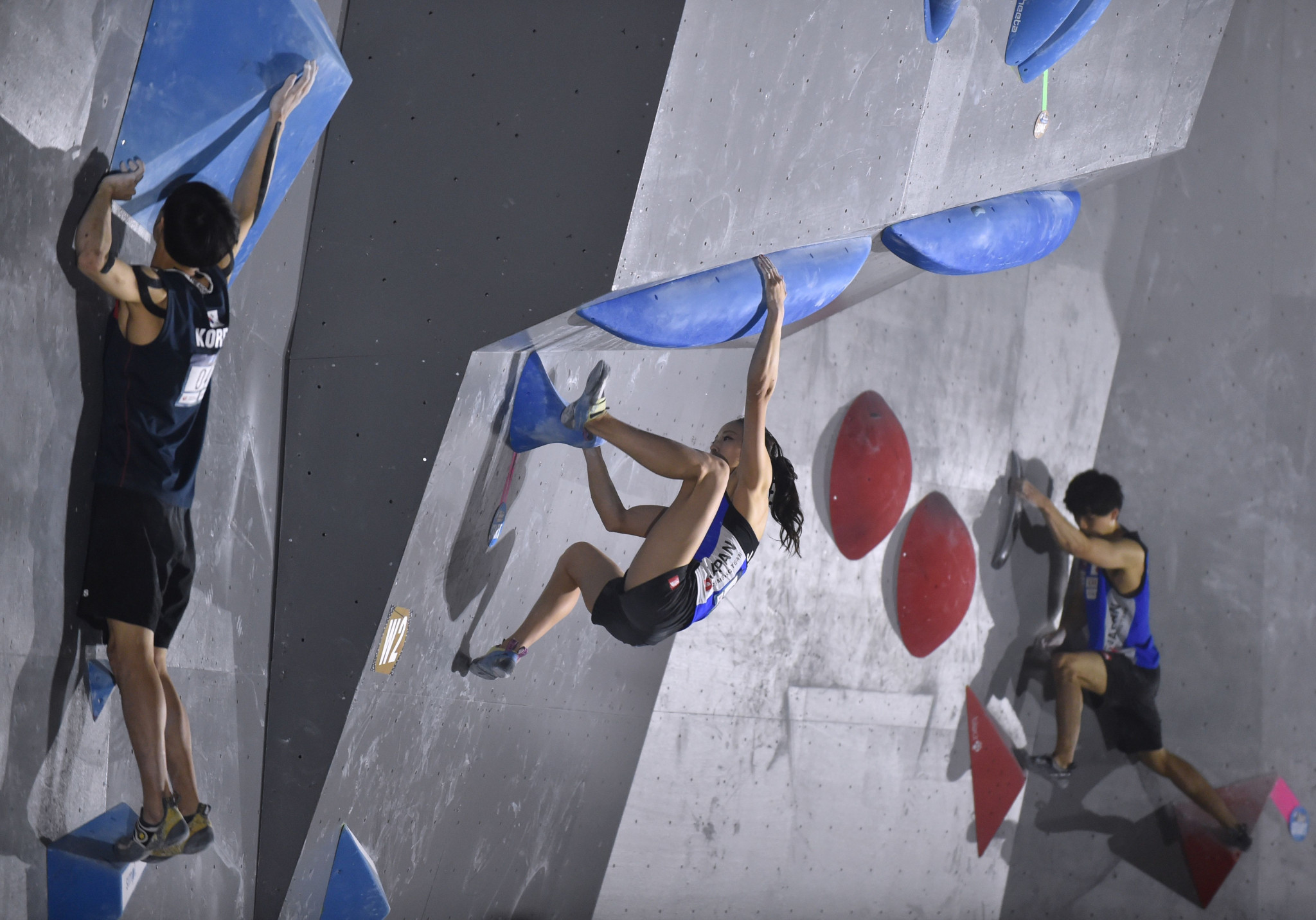 Qualification for the first Olympic sport climbing competitions, as well as gold medals, will be up for grabs at the International Federation of Sport Climbing World Championships in Japan.

The 12-day event in Hachioji, located on the outskirts of the Japanese capital, includes bouldering, lead, speed and combined events and has taken on added significance after sport climbing was added to the Tokyo 2020 programme.

The top 20 climbers in the men's and women's events to have entered the bouldering, lead and speed disciplines are set to contest the combined competition on August 18 and 19.

Seven of the highest placed athletes per gender, with a maximum of two per country, will secure their place at Tokyo 2020, where sport climbing is due to make its Olympic debut.

Austria's Jakob Schubert and Janja Garnbret of Slovenia arrive at the World Championships, taking place at the Esforta Arena Hachioji, as the defending combined champions.

Garnbret, considered the dominant force in women's climbing and who is tipped for Olympic glory at next year's Games, will aim to retain her bouldering title.

Schubert is the also reigning lead gold medallist but told the Japan Times his main focus at this year's World Championships was clinching a place at Tokyo 2020.

"My biggest goal was to win in front of my home crowd in Innsbruck, Austria, especially in lead," the Austrian said.

"This year, the goal is completely different.

"I’ve been preparing trying to do well in the combined discipline because my main goal is to qualify for next year, for the Olympics in Tokyo."

Austria's Jessica Pilz will bid to defend her women's lead title but is expected to face a strong challenge from teenage sensation Seo Chae-hyun of South Korea.

She will compete off the back of consecutive World Cup victories.

Adam Ondra of the Czech Republic and Germany's Alexander Megos awill be among those hoping to dethrone Schubert in the men's lead event.

Japan's Akiyo Noguchi and Fanny Gibert of France have the ominous task of trying to beat Garnbret in the women's bouldering competition.

On the men's side, Ondra and Tomoa Narasaki of Japan, the current world number one, will be aiming for gold.

Iranian defending champion and world record holder Reza Alipour Shenazandifard will be the one to watch in the men's speed discipline, along with World Cup leader and world number Bassa Mawem of France.

China's Song Yiling appears to have the best chance of replacing Poland's Aleksandra Miroslaw as the women's world speed champion.

The event is due to begin  tomorrow with women's bouldering qualification and concludes on August 21.