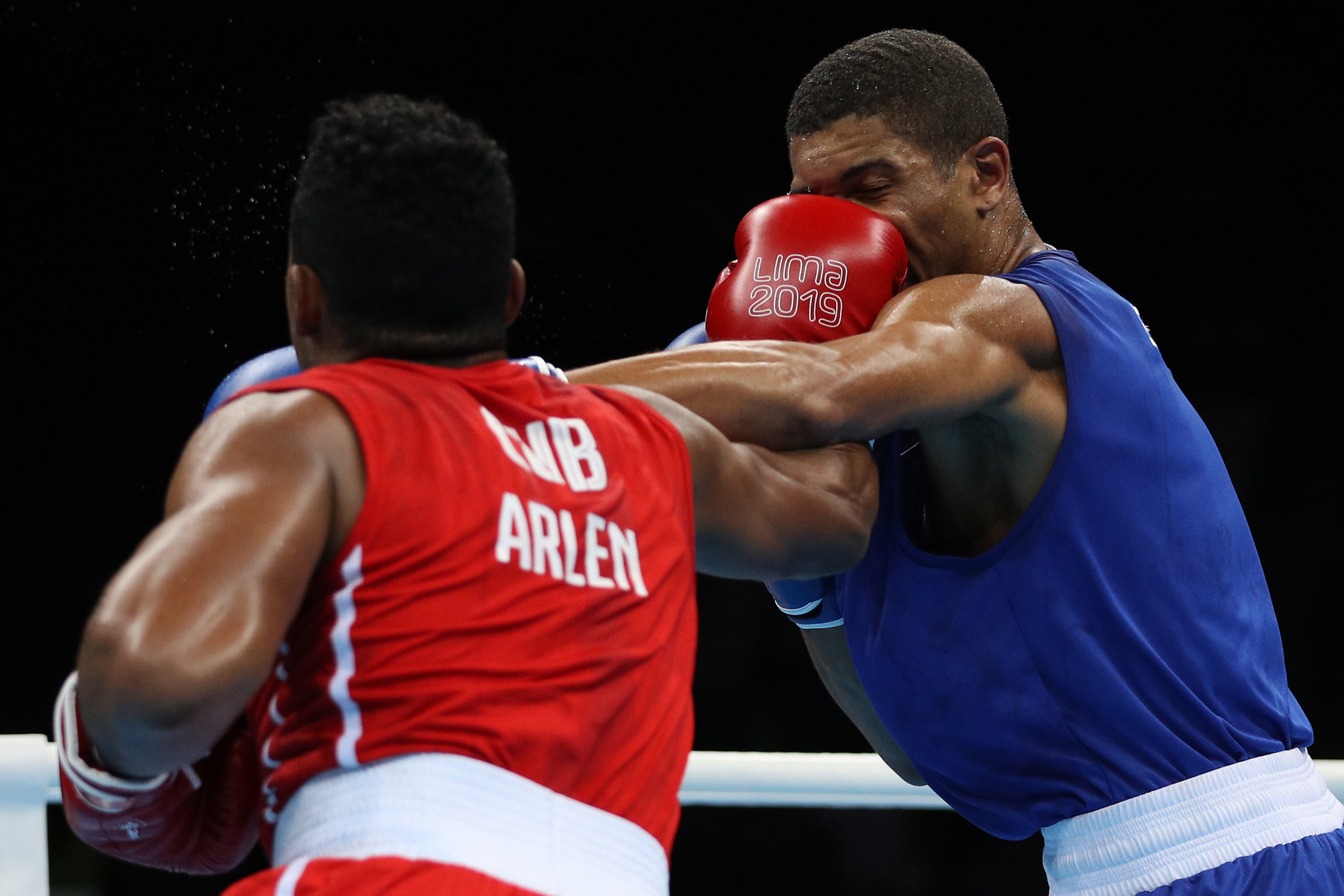 Cuban supremacy was confirmed as the nation secured four further gold medals on the final night of boxing competition at the Pan American Games here.

Boxers from the nation had earned four titles in yesterday’s men’s finals at the Miguel Grau Coliseum venue and their team-mates matched it today.

Lopez was awarded a unanimous points victory over his Brazilian rival Herbert Carvalho to take the title.

Lopez was one of three Cubans on the night to defend Toronto 2015 crowns, with 2017 world champion Andy Cruz winning the men’s 64kg light welterweight event for the second time.

He secured a 4-1 split decision win against America's Keyshawn Davis, with Alston Ryan from Antigua and Barbuda and Michael Alexander from Trinidad and Tobago completing the podium.

Each of the judges scored the contest 30-27 in the Cuban’s favour.

Puerto Rico's Oscar Collazo was the only non-Cuban fighter to win a men’s event today, earning a 4-1 points verdict in his 49kg light flyweight contest with Colombia’s Yuberjen Martinez.

While Cuba scooped eight of the 10 men’s titles, they were absent from the women’s event.

The 30-year-old won via a 4-1 split decision verdict against America's Virginia Fuchs in the women’s 51kg flyweight event.

Four judges awarded the Colombian the fight 29-28, while the other judge gave Graham the decision by the same score.

There was a clear victory for Brazil’s Beatriz Soares in the women’s 60kg lightweight final as she eased to a unanimous points victory over Argentina’s Dayana Sanchez.

Bronze medals were claimed by Rashida Ellis of the US and Mexico’s Esmeralda Falcon.

Olympic medallists were also on show away from the boxing venue.

She achieved a score of 55 hits to clinch victory, with Chile's Francisca Crovetto and Rhode's team-mate Dania Vizzi completing the podium places with 47 and 40.

Further gold for the US  came in the men's 10 metre air rifle shooting event with Lucas Kozeniesky topping the standings on a score of 248.2 points.

Mexico's Edson Ramirez was second on 247.4 points, with Argentina's Marcelo Julian Gutierrez taking the bronze on 224.5.