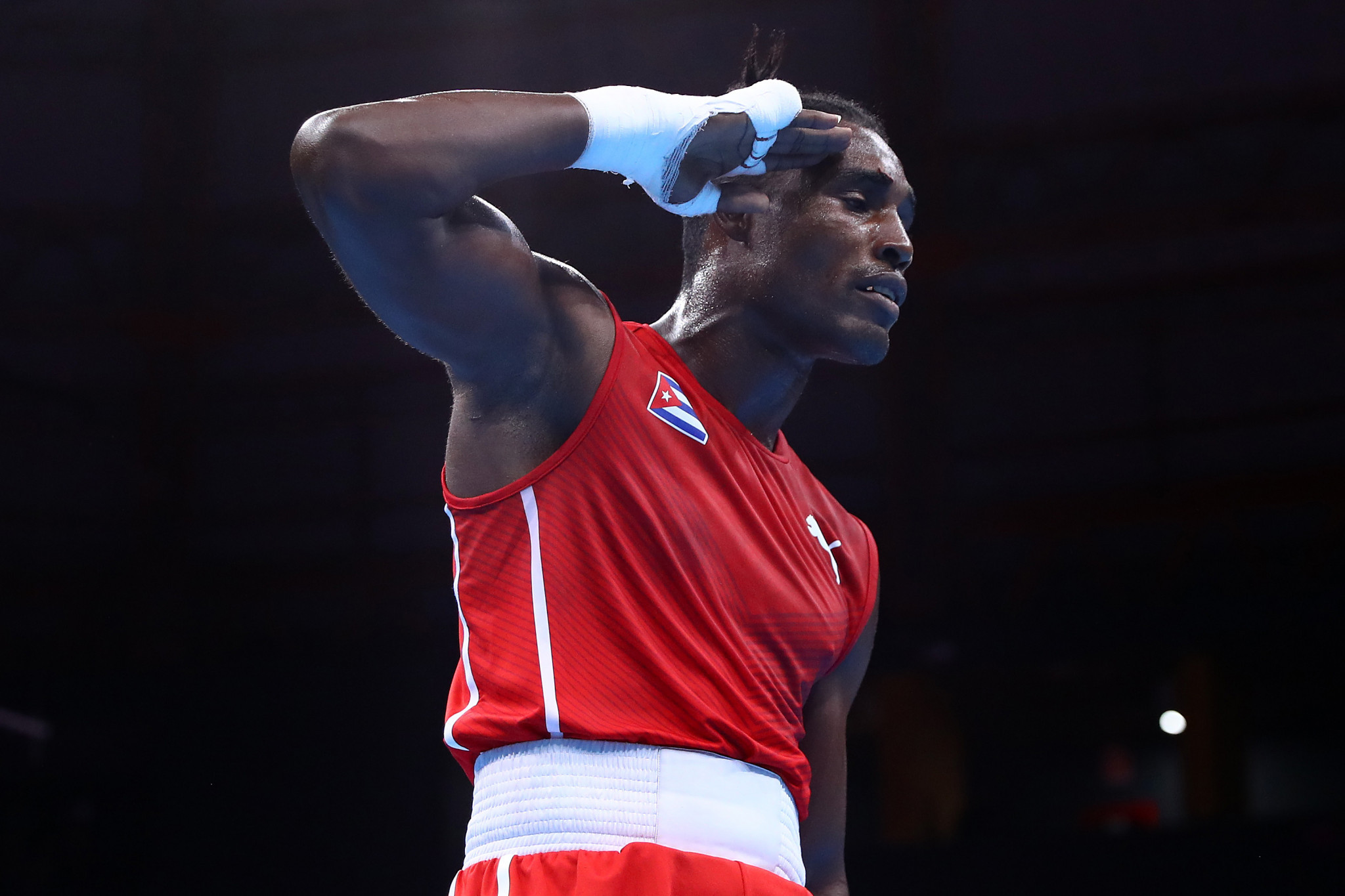 The 29-year-old defeated Brazil's Keno Marley Machado on points to add a Lima 2019 gold medal to those won at Guadalajara 2011 and Toronto 2015.

Completing the podium was Nalek Rachid Korbaj Barrera of Venezuela and Rogelio Romero Torres of Mexico.

In the women's competition, American Oshae Taylor triumphed in the under-69kg, overcoming Myriam da Silva of Canada on points.

Argentina's Leonela Rosa No Sanchez was the winner of the under-57kg gold-medal bout, defeating Brazil's Jucielen Cerqueira Romeu on points.

Yeni Marcela Arias Castaneda of Colombia and Yarisel Ramirez of the United States had bronze.

There was more success for Argentina in the men's softball, with the team taking gold after cruising to a 5-0 victory over the United States, with Mexico the bronze medallists.

Cuba had started their gold rush in the shooting at the beginning of the day, with Jorge Alvarez Llanes coming first in the the men's 25 metre rapid fire pistol with 28 points.

Compatriot Leuris Pupo was just behind in second with 26, while Peru's Marko Carrillo completed the podium on 21.

American Alison Weisz came out on top in the women’s 10 metres air rifle competition with a Pan American record of 249.4.

She beat her team-mate Minden Miles for the title, with Miles scoring 246.4.

Argentina’s Fernanda Russo was eliminated in third place on 225.8.