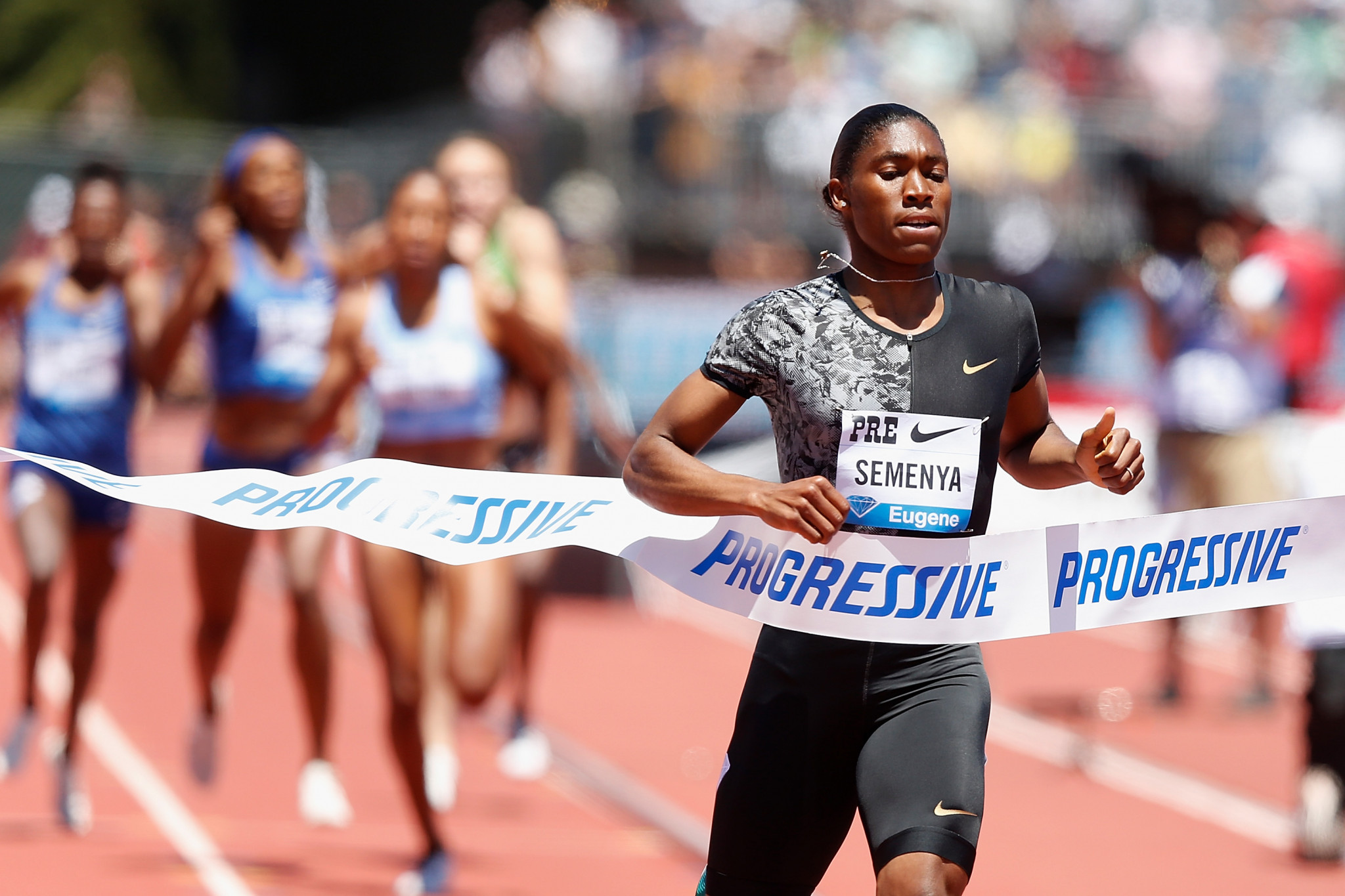 The South African will not defend her 800 metres title after the Swiss Supreme Court reversed a ruling which suspended a regulation imposed by the IAAF regarding testosterone levels, pending an appeal from Semenya.

The 28-year-old is appealing a ruling by the Court of Arbitration for Sport (CAS) which supports the IAAF regulation that athletes with differences in sexual development (DSD) who wish to compete in events ranging from 400m and a mile must take medication in order to reduce their testosterone levels.

Semenya, who has consistently spoken out against that standpoint, admits she is hugely disappointed at the prospect of not racing in Doha.

In a statement, she said: "I am very disappointed to be kept from defending my hard-earned title, but this will not deter me from continuing my fight for the human rights of all of the female athletes concerned."

However, the IAAF welcomed the Swiss Supreme Court's decision, which it said had been taken "after hearing the IAAF's arguments".

An IAAF statement said: “This decision creates much needed parity and clarity for all athletes as they prepare for the World Championships in Doha.

“In the remainder of the proceedings before the SFT (Swiss Supreme Court), the IAAF will maintain its position that there are some contexts, sport being one of them, where biology has to trump gender identity, which is why the IAAF believes (and the CAS agreed) that DSD regulations are a necessary, reasonable and proportionate means of protecting fair and meaningful competition in elite female athletics.”

At the end of June, Semenya made her first IAAF Diamond League appearance since the beginning of May when she stormed to gold in the 800m at the Prefontaine Classic in Stanford, California, winning by almost three seconds.

Earlier that month, the Swiss Supreme Court had put on hold the IAAF’s ruling, the "superprovisional order" considered a major boost for Semenya in her challenge against a CAS decision in the IAAF’s favour.

The three-times world champion has accused the IAAF of using her as a "guinea pig" as part of an extended war of words with the worldwide governing body.

She has also said she will "not allow the IAAF to use me and my body again".

The World Championships are due to take place from September 28 to October 6 at Khalifa International Stadium.