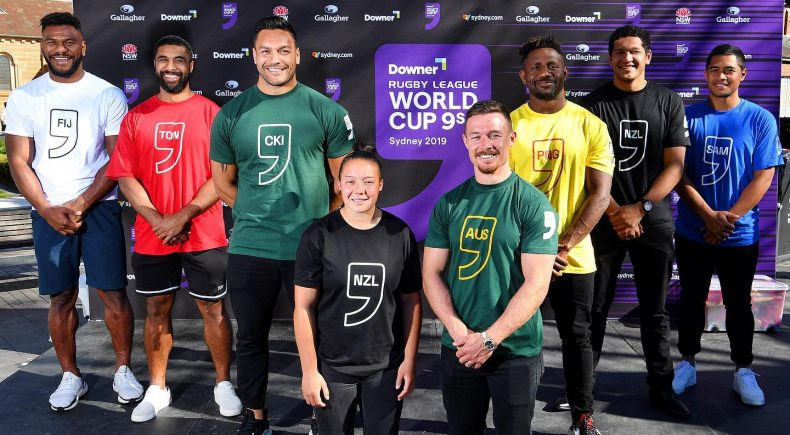 The pools for this year's Rugby League World Cup 9s event have been confirmed during the official launch of the tournament in Parramatta within Greater Western Sydney.

Group A of the men’s competition is made up of New Zealand, Papua New Guinea, the United States and hosts Australia, while Group B comprises England, France, Lebanon and Wales, and Group C features Cook Islands, Fiji, Tonga and Samoa.

The two highest-placed teams from Group A will progress to the semi-finals, alongside the winners of Groups B and C.

The two highest-placed teams from the women’s pool – made up of Australia, England, New Zealand and Papua New Guinea – will compete in the final.

The inaugural edition of the Rugby League World Cup 9s is due to take place at Parramatta’s Bankwest Stadium on October 18 and 19.

Todd Greenberg, a Rugby League International Federation (RLIF) Board member and the chief executive of the National Rugby League in Australia, claimed the format of the pools would ensure key rivals would face each other.

He added all teams would play one match on October 18 and a minimum of two matches on October 19.

"The World Cup 9s will feature the most exciting players to watch in the game, representing their nations and their cultures," Greenberg said.

"It will be a festival of rugby league and the fast-paced, frenetic nature of nines will be fantastic to watch.

"This is rugby league rebooted – a unique and exciting way to showcase our wonderful athletes."

Greenberg also detailed some of the key rules which would be in place during the tournament, such as the inclusion of a "bonus zone" that gives teams the chance for a five-point try.

Furthermore, in the event of a drawn match after regulation time, it will be decided by virtue of "golden try".

The 2019 Rugby League World Cup 9s has been secured for Sydney by the New South Wales (NSW) Government.

"What a moment for Bankwest Stadium to host this world-first event and we expect more than 50,000 fans will be on the ground to enjoy it," he said.

"NSW is the proud home of rugby league in Australia and the nines will reinforce why teams and spectators flock here for the big games."

Greenberg said the support of Government as well as the RLIF was significant in allowing the nines concept to prosper on an international stage.