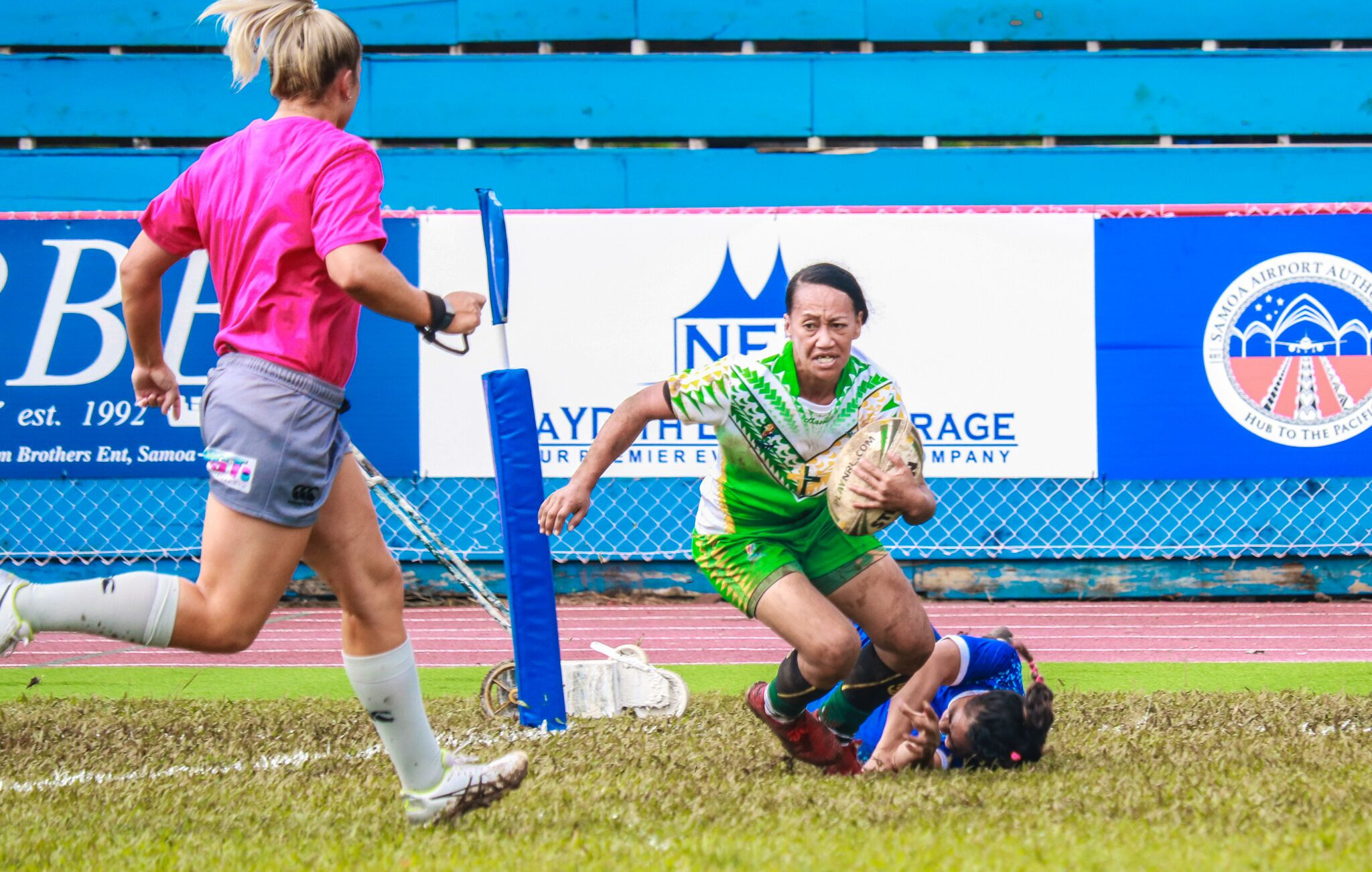 History was made today with the first women's rugby league nines matches taking place at the Pacific Games here, after the sport was added to the programme in June 2018.

Six teams took part in two groups of three, with Fiji and Papua New Guinea progressing to the semi-finals from Group B with Niue in third place.

Niue take on the Solomon Islands in the fifth-place play-off.

In the men's competition, Papua New Guinea became the first men's side to earn a spot in the final four by beating hosts Samoa 10-4.

Samoa also progress thanks to their group ranking, as do Tonga after they defeated Cook Islands 8-6.

Elsewhere on day one of the sporting action the early rounds of the cricket and football competitions saw some rather one-sided matches and huge wins.

Several sports also suffered from disruptions caused by another day of heavy rainfall, following the deluge prior to yesterday's Opening Ceremony.

In the cricket, New Caledonia, a late entrant in the men's competition after Cook Islands and Tonga withdrew, were bowled out for a meagre 23 by Vanuatu, who won by 10 wickets as man-of-the-match bowler Simpson Obed took five for 10.

It was the only game completed today as rain played complete havoc in the afternoon.

The matches between Papua New Guinea and Vanuatu and Samoa and New Caledonia were called off without a ball being bowled.

In the women's tournament, Fiji against Vanuatu also fell foul of the weather, with Fiji 16 for one after 4.1 overs, as did the game between Samoa and Papua New Guinea.

In the men's football, the three Group B matches threw up a series of eye-catching results, none more so than the one sided 13-0 win for the Solomon Islands against Tuvalu.

There was then a much closer 2-1 win for Fiji against Tahiti, before New Caledonia beat American Samoa 5-0.

In Group A, New Zealand under-23s matched the benchmark set by the Solomon Islands earlier in the day as they also won 13-0 against Tonga, before hosts Samoa were handed a 6-0 drubbing by Papua New Guinea.

In the women's football, there was another huge win as Fiji beat American Samoa 11-0, while Cook Islands defeated Tahiti 2-0.

In the men's basketball competition, Fiji edged out the Cook Islands 71-69, while Samoa won comfortably against New Caledonia in the late game, 104-64.

Badminton also began with the mixed team round robin, with Tahiti, New Caledonia and Fiji all earning early victories.

Action in the lawn bowls began with the women's singles, women's fours and men's triples competitions.

Norfolk Island have made a strong start, beating the Cook Islands 21-7 in singles and Samoa 19-14 in the fours.

In triples, however, it was Samoa who took the win against the Norfolk Islanders, 22-13.

The early rounds also began in the tennis, squash and table tennis competitions, with the action continuing tomorrow.