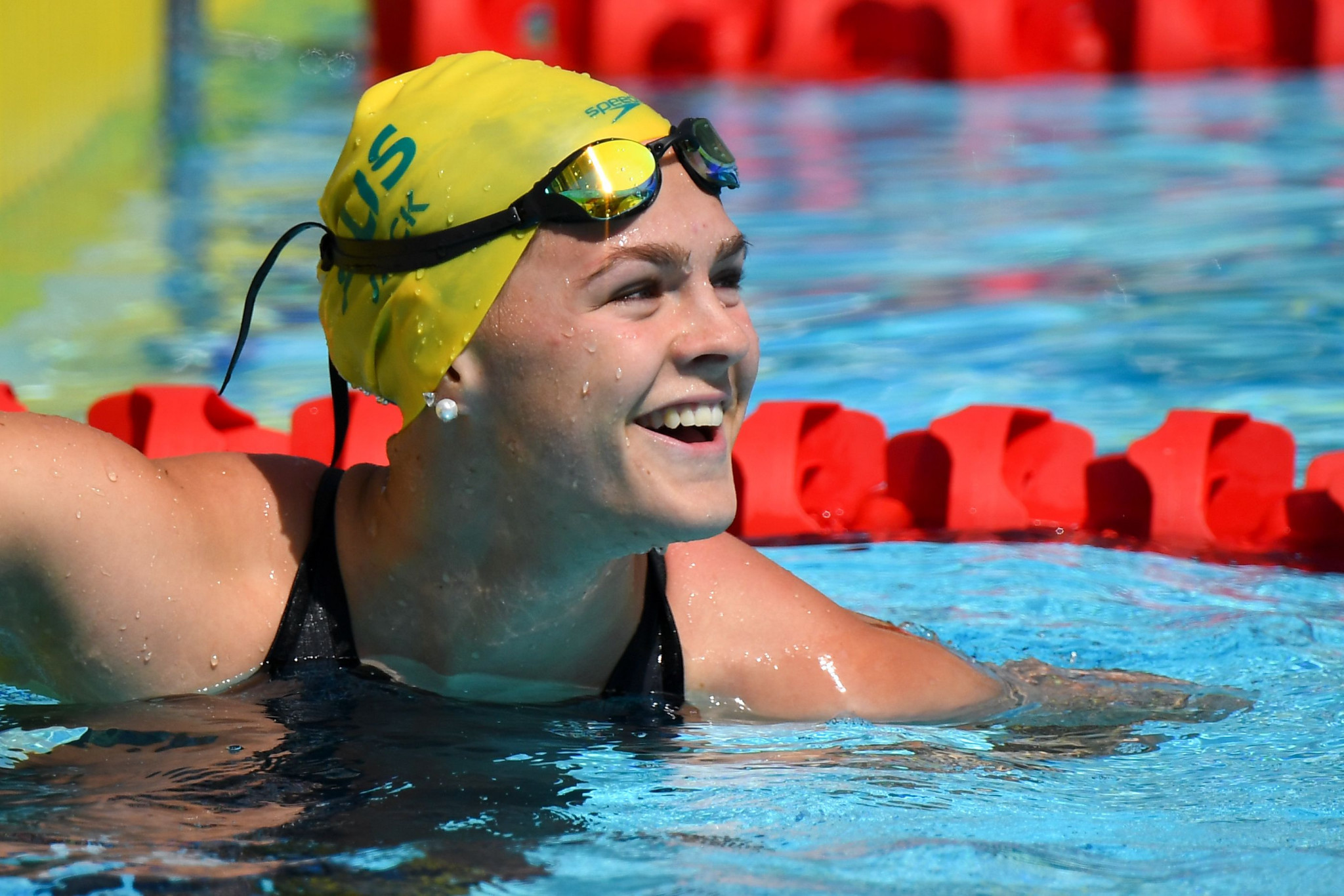 Australian Commonwealth Games gold medallist Shayna Jack has failed a drugs test, admitting that was the reason she mysteriously left the World Aquatics Championships in Gwangju earlier this month "for personal reasons".

But the 20-year-old, a member of Australia's 4x100 metres freestyle team that won at Gold Coast 2018 in a world record, claimed she had not taken the drug intentionally.

The revelation is nevertheless a huge embarrassment for Australian swimming after Mack Horton refused to share the medal podium in Gwangju with Sun Yang after finishing second to the Chinese swimmer in the 400m freestyle.

"It is with great sadness and heartache that I had to leave due to allegations of having a prohibited substance in my system," Jack wrote.

"I did NOT take this substance knowingly.

"Swimming has been my passion since I was 10 years old and I would never intentionally take a banned substance that would disrespect my sport and jeopardise my career.

"Now there is an ongoing investigation and my team and I are doing everything we can to find out when and how this substance has come into contact with my body.

"I would appreciate if you respect my privacy as this is very hard for me to cope with."

They say a picture is worth a thousand words, in this case a picture can not describe the amount of pain and vulnerability I am feeling right now. It is with great sadness and heartache that I had to leave due to allegations of having a prohibited substance in my system. I did NOT take this substance knowingly. Swimming has been my passion since I was 10 years old and I would never intentionally take a banned substance that would disrespect my sport and jeopardise my career. Now there is an ongoing investigation and my team and I are doing everything we can to find out when and how this substance has come into contact with my body. I would appreciate if you respect my privacy as this is very hard for me to cope with

Swimming Australia confirmed the positive test in a statement.

"Once Swimming Australia was made aware of the adverse test result it immediately took action – in accordance with the national policy – to provisionally suspend Shayna from the Australian Swim Team while a process was under way and accompanied her back to Australia from a training camp being held in Japan.

"The Swimming Australia policy also means that any Australian athlete under provisional suspension while ASADA investigations are under way cannot take part in any competition, meaning Shayna was unable to travel to Gwangju to compete at the 2019 World Championships."

Thomas Fraser-Holmes returned to Australia's team in Gwangju and won a gold medal as part of the 4x200m freestyle team.

The other banned was two-times Olympian Jarrod Poort.

A third, double Olympic silver medallist Madeline Groves, had her ban overturned after the International Swimming Federation found testers did not do enough to locate her for a third test.

Jack's shock absence was not enough to stop Australia claiming 4x100m freestyle women's gold on the opening night of the swimming at the World Aquatics Championships.

Sun's Australian coach Denis Cotterell has criticised what he claimed are double standards in people's attitudes towards his athlete.

Britain's Duncan Scott also refused to shake Sun's hand or stand with him on the medal podium after winning the bronze medal in the 200m freestyle behind the Chinese swimmer.

"If you think for a second I would be doing that with someone that is a cheat, then people don't know me," Corterell, who previously coached three-times Olympic gold medallist Grant Hackett, told The Australian.

"What is the definition of a drug cheat?

"Someone who has failed a test?

"By that definition, they have got drug cheats on the Australian team.

"I have been on teams where people have failed a drug test, accidentally and through no fault of their own.

"I would never call them cheats.

"It seems to be very hypocritical."