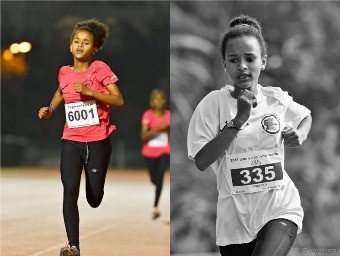 The European Olympic Committees (EOC) have announced that a refugee athlete will compete at this year's Summer European Youth Olympic Festival (EYOF) in Baku.

Sixteen-year-old Nazreth Kofko, who is from Eritrea, will compete under the EOC flag in cross country and the 2,000 metres.

Kofko, who is seeking refuge in Israel, will travel with the country's team to the EYOF in the Azerbaijan capital.

Last year, she became under-16 Israeli champion in both of the disciplines she will compete in.

"My family fled from Eritrea in 2011 and after a hard journey, through Sudan and Egypt, we entered the State of Israel asking for asylum," said Kofko.

"In May 2016 I joined Alley Athletics Club in Tel Aviv and am currently running for the club and for the school team in regional and national competitions in Israel.

"I am training almost every afternoon and also attend personal tutoring in English and maths in the club's learning centre.

"My dream is to participate in international competitions and become a professional athlete."

Kofko will also march under the EOC flag at the EYOF parade of athletes.

A refugee athlete has never competed in this manner at an EOC event before.

"Nazareth's participation in the EYOF is a tribute to the courage and resilience of all refugees," EOC President Janez Kocijančič said.

"It is a pure message of hope - through sport all refugees can have the chance to build a better future for them and their families."

At the Rio 2016 Olympic Games, the International Olympic Committee introduced a refugees team for the first time.

The EYOF will be held in Baku, the host of the inaugural European Games in 2015, between July 21 and 27.

There are ten sports on the programme.