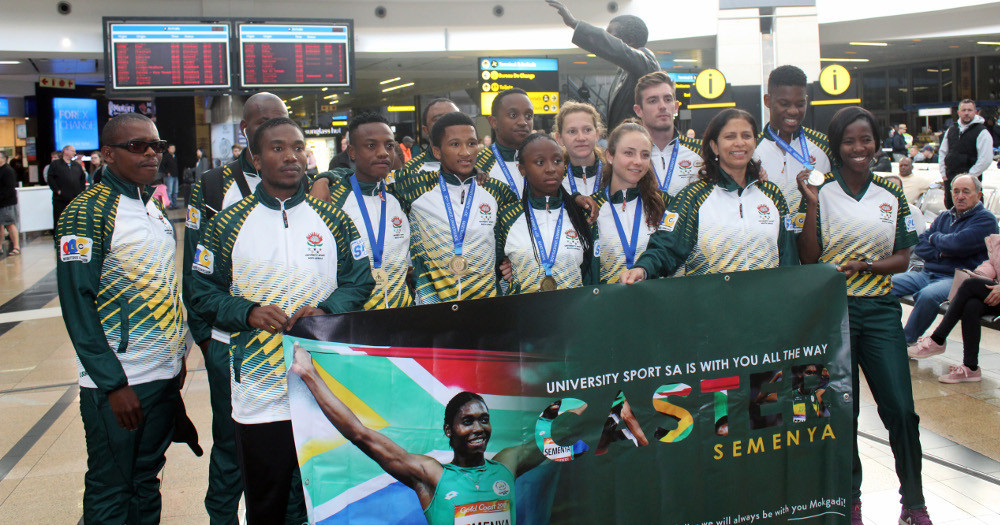 University Sports South Africa (USSA) President Ilhaam Groenewald claimed she is "proud" of South Africa's performance at this year's Summer Universiade in Naples, having earned 18 medals instead of the expected eight.

Five of the gold medals came in swimming, with Tatjana Renske Schoenmaker triumphing in the women's 100 and 200 metres breaststroke to become the most decorated South African Universiade swimmer of all time.

Tayla Lovemore was the winner in the women's 50m and 100m butterfly, while Zane Waddell won the men's 50m backstroke.

Groenewald had predicted that the 128-strong athlete delegation would collect eight medals all together, having claimed five at Taipei 2017.

"We are extremely proud of our athletes on winning more medals that what was set out as the target and I think that this is our best performance since we started to participate in the Summer Universiade," she said.

"I believe in the possibilities of USSA.

"This is a massive target that we’ve set ourselves for the future and a specific shout-out to our students-athletes that really worked hard, the coaches, the team managers as well as the member universities.

"We have some wonderful relationships with some National Federations, so thank you to them as well."

Despite their large medal haul this year, Groenewald claimed that South Africa could still improve at the 2021 Summer Universiade in Chengdu through increased prior preparation.

"It’s excellent of us to provide opportunities, but at the end of the day when you compete on the world stage, there is an expectation for you to win medals," she said.

"Our national university sports associations play a critical role in terms of the selection of squads and hosting training camps.

"Our medical team is critical and I believe that this is an area where we can even further improve.

"So, prior preparation is key.

"Some other countries bring their teams together up to a year prior, and that’s something that we drastically need to improve on.

"It’s not impossible and I believe that within our university sports structure we have the expertise to enable us to do even more around the preparation of the teams."

Groenewald also highlighted the need for National Federations and USSA to work together more closely.

"I think it is important for National Federations to first and foremost acknowledge the importance of the Summer Universiade and this is through education," she said.

"I don’t believe everybody fully understands that university sport is about, particularly at world stage.

"If we represent up to 60 per cent of national teams as students, we are a massive contributor towards the sports industry of South Africa.

"Universities have some of the best facilities, the best coaches, sports science, we offer good bursaries, the list is endless, so why should we not partner ultimately for the benefit of South Africa."