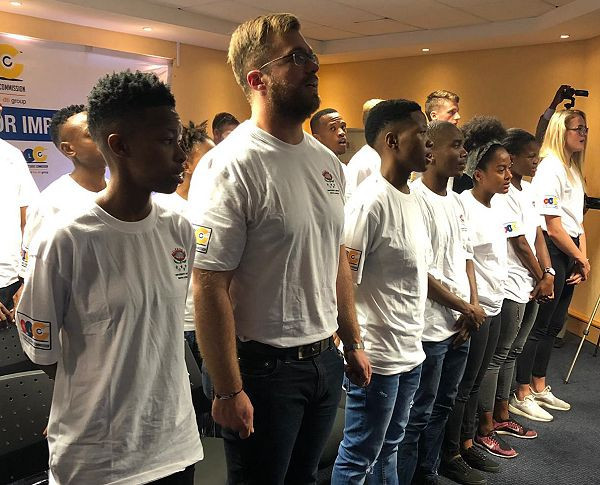 University Sport South Africa (USSA) President Ilhaam Groenewald set a target of eight medals for the country's athletes at the Summer Universiade in Naples as the team was announced in Pretoria.

In 2017, South Africa won five silver medals and Groenewald is eyeing up at least two golds as the athletes prepare for competition at the start of July.

"We will be relying on the strength of both athletics and swimming to bag medals," said Groenewald.

"I also believe that the men's and women’s football and our rugby sevens teams will do well."

Groenewald made the team announcement at the National Lotteries Commission, where she gave an encouraging talk to a group of the athletes tasked with improving the nation's world rankings at university level.

USSA will also compete in archery and tennis at the Universiade, with a total delegation of almost 180 going to Italy.

Mandla Gagayi, head of the South African delegation, encouraged the athletes to make networks and establish friendships but urged the team to remain disciplined throughout the Universiade.

"We are aware of the scrutiny and discrimination that female athletes often face, so we are dedicating our upcoming performance to all female athletes," he said.

University of Johannesburg Sportswoman of the Year Thato Letsoso had some words of advice for the next crop of Universiade stars set to compete in the Italian city between July 3 and 4.

"Ever since I left the Summer Universiade in Taipei, my main focus has always been on the next Universiade," she said.

"Fortunately, it’s in a very historic place so I’m hoping we create history for every South African female athlete and for the whole nation at large.

"With that said, I am looking forward to the games because you have to make the most out of something that you enjoy."

The sprinter is expected to feature in the podium shake-up in Naples as he takes on the 100m and 200m events.