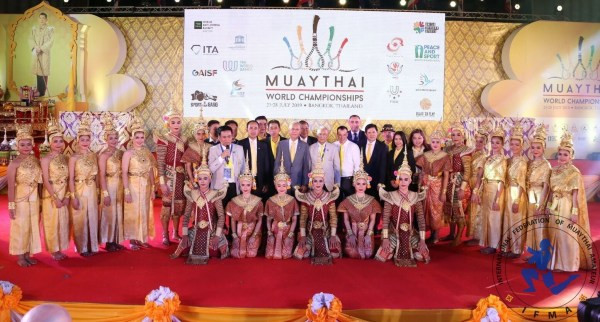 Among the home nation's quartet of victors was Yadrung Tehiran, who beat Sweden’s Anna Hoglund 30-27 in the women’s elite A 54 kilograms category at the Sports Authority of Thailand venue.

Thailand's only senior athlete to suffer defeat was Arnon Phonkrathok after he fell to a walkover loss against Belarus' Mikita Mironchyk in the men's elite A 51kg.

A total of 1,300 athletes, officials and delegates from 102 countries are represented at the seven-day event.

Preliminary bouts are due to be held through to Thursday (July 25).

The quarter-finals are scheduled for Friday (July 26) before the semi-finals on Saturday (July 27) and finals on Sunday (July 28).

The 2019 IFMA World Championships doubles as the first round of qualification for the 2021 World Games in Birmingham in Alabama.

It is the first time an elite competition has been held in Thailand since the IFMA was granted provisional recognition by the International Olympic Committee in December 2016.