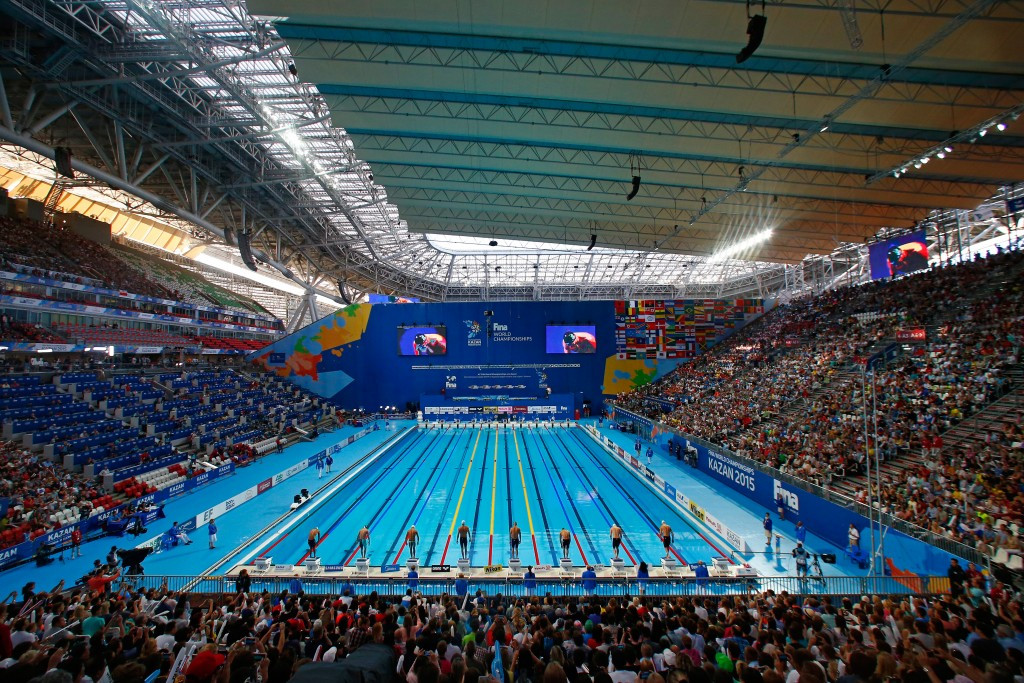 The Russian and Hungarian cities hosted the 2015 and 2017 editions respectively and Maglione said their expertise was an important factor in announcing them as the future hosts.

"I think that the condition and the detail of these two cities was crucial," said Maglione.

"They do many Championships, Kazan and Budapest have excellent teams at work.

"They are the people that have such knowledge and it is extraordinary."

He claimed the financial costs also had an impact on the allocations, with both the Kazan Arena and Duna Arena in Budapest fully functional.

He added: "When you study the possibilities you want to go to some other countries but they must spend a big amount of money.

"FINA has to look at these things but these two were the best options."

In November 2018, seven countries declared an interest in hosting the 2025 and 2027 World Aquatics Championships, with Melbourne in Australia, Belgrade in Serbia and Greensboro in the United States among the contenders.

China and Ukraine also entered the running without confirming their candidate cities.

FINA's announcement here at Nambu University Municipal Aquatics Center was greeted with delight by the Minister of Sports of the Republic of Tatarstan, Vladimir Leonov.

He said: "We started with seven bids and there was a lot of interest.

"You can see here in Gwangju that the competition attracts so much attention and FINA want to have some stability.

"They know very well about Kazan and Budapest.

"It is a new challenge and will be our 10 year anniversary.

"We are a team that is working together and we must work together with FINA."

Leonov said the challenges for Kazan in 2025 will not be with the competition but the way it is broadcast.

"We must think about social networks and different platforms," he added.

"Audiences are increasing and we have to look forwards to maximise the Championships for spectators, not only in the tribunes but around the world too."

For Hungary, the 2027 Championships will be held with even greater prestige according to Balázs Fürjes, state secretary for Budapest and Prime Sport Events, as they will be staged just one year before the 2028 Olympic Games in Los Angeles.

He said: "We are honoured to be awarded the 2027 Championships.

"To some extent it has an even higher value than 2017 because this is going to be the year before the 2028 Olympics.

"The prestige will be even higher.

"This victory is teamwork and it was very helpful for us that we did not have to make promises to FINA.

"We could point back to the last Championships."

Fürjes said the Duna Arena, situated on the banks of the River Danube, had already announced itself on a global stage and the city would capitalise on its past successes.

"After we opened it, immediately we hosted the Paris 2024 and Tokyo 2020 teams to study the Arena and I think they were inspired.

"It is an example for Olympic venues.

"Budapest is truly one of the leading global sports capitals and that is a strategic goal of the sporting federations and organisations and the Government of Hungary."