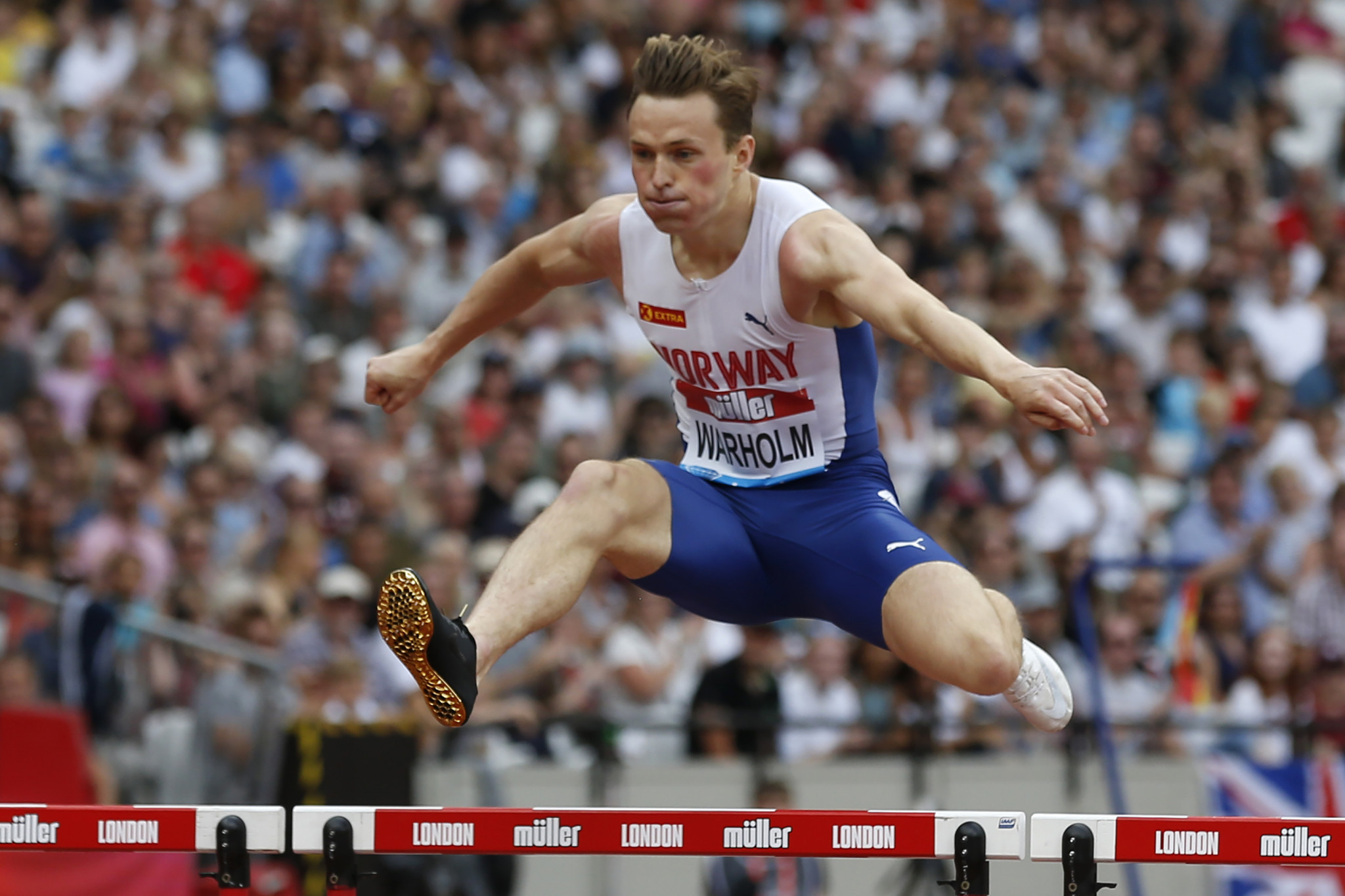 Norway’s Karsten Warholm set a European record in the 400 metres hurdles for the second time in as many races as he earned victory on the first of two days of action at London Stadium as part of the International Association of Athletics Federations Diamond League meeting.

In a race that was not a Diamond League scoring event on this occasion, the world champion lowered his previous mark of 47.33sec, set in his native Oslo, to 47.12 and moved up to seventh on the all-time list.

The same position was gained 12 minutes later by the 2015 world 100m hurdles champion Danielle Williams, who lowered her best of 12.48sec to 12.32, a Jamaican record.

“It has been coming all season and it was just about when,” said Williams.

“This track is a fast track and the fact that we get two opportunities because of the heats, you can fix what you did wrong and get ready for the final.”

Hopes of another super-fast 800m from Botswana’s Nijel Amos on the track where he won Olympic silver in 2012 in a personal best of 1min 41.73sec fell to earth as he pulled up less than 200m into the race clutching his right hamstring before dropping to the track.

Kenya’s Ferguson Rotich, who followed him home in Monaco last Sunday week as he clocked 1:41.89, earned a decisive win in 1:43.14.

Britain's James Ellington, making his comeback two and a half years after sustaining serious injuries in a motorbike accident, received huge acclaim as he competed in the second 100m heat, finishing last in 10.93.

Earlier there had been another emotional moment in the arena as home javelin thrower Goldie Sayers was officially awarded the bronze medal from the Beijing 2008 Games following the retrospective disqualification for doping of Russia's original silver medallist Mariya Abakumova.

Just 0.02 separated the next three across the line, with 2009 world champion Yohan Blake third in 9.97, ahead of Japan’s Yuki Koiek, who clocked 9.98, and Canada’s Rio 2016 bronze medallist Andre De Grasse, still making his return to full fitness following a long injury lay-off, who clocked 9.99.

In the men’s triple jump, Pedro Pablo Pichardo won the latest round in his ongoing rivalry with world and Olympic champion Christian Taylor, the Portuguese bounding 17.53m with his fourth jump.

The world and Olympic champion’s best of 17.19m came in round six.

The 400m hurdles was not the only non-Diamond League event on the day to produce excitement.

The young Norwegian was rewarded for his persistence with a national record of 13:02.03.

Before that, Sifan Hassan, who broke the 23-year-old women's mile record in Monaco last Friday week, will run over the distance at which she holds the European title – the 5,000m.