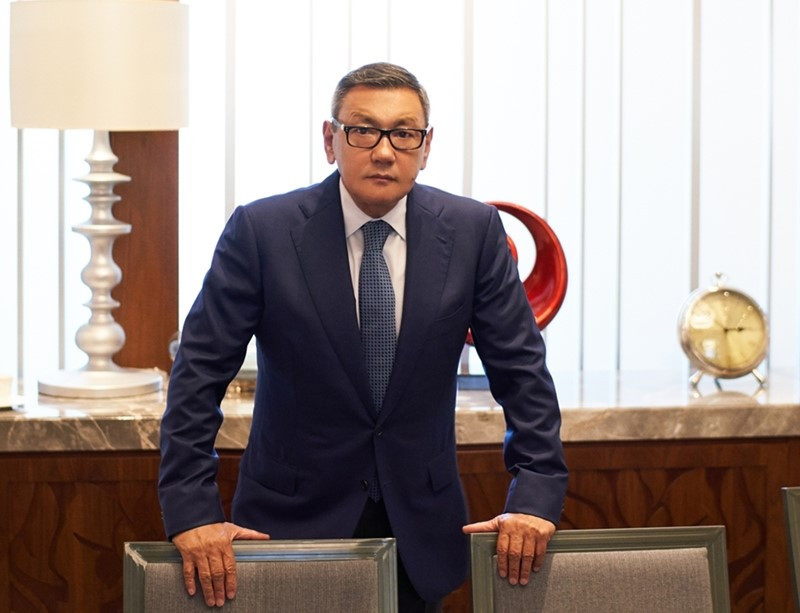 Gafur Rakhimov has formally tendered his resignation as President of the International Boxing Association (AIBA), ending a tumultuous 18-month tenure at the helm of the embattled body.

Rakhimov, whose controversial election as President last November was the catalyst for AIBA being stripped of its recognition as the Olympic governing body for the sport, informed members of the organisation's Executive Committee of his decision in a letter this morning.

In the short letter, a copy of which has been seen by insidethegames, Rakhimov claimed he resigned as there is an "urgent need for my continued presence in the defence process of the case, which is related to the politicised accusations against me".

He revealed he would focus on clearing his name owing to his inclusion on a United States Treasury Department sanctions list as "one of Uzbekistan's leading criminals".

"The process coincided with the active period of changes in AIBA, initiated by me in various fields with the aim to strengthen the independent status of our organisation," Rakhimov, whose resignation comes into effect immediately, wrote.

"And the best benefits for our athletes are at the centre of these crucial reforms.

"It is also important that boxers and AIBA should remain integral parts of the Olympic Movement."

Rakhimov ended his letter by insisting he remains "faithful" to boxing and is available "if my possible help is needed".

The 67-year-old Uzbek resigning from the role was widely expected after the AIBA Executive Committee scrapped a controversial bylaw which effectively allowed him to return as President without an election.

The ruling body also approved a motion to send a letter to Rakhimov urging him to quit permanently to pave the way for new elections.

AIBA last month called an Extraordinary Congress for November 15 in Lausanne, where Rakhimov's permanent successor is set to be chosen.

AIBA will continue to be led by Interim President Mohamed Moustahsane until the Congress, which will only take place if the crisis-ridden organisation finds the funds to stage it.

Rakhimov, who stepped aside in March, was directly warned by the International Olympic Committee (IOC) not to stand for President last year.

His defiance ultimately led to the IOC launching an investigation into AIBA owing to severe concerns with its governance, finances and refereeing and judging, which culminated in the decision to suspend AIBA's recognition and strip it of any involvement in the boxing tournament at next year's Olympic Games in Tokyo.

Nenad Lalović, the IOC Executive Board member who spearheaded the Inquiry Committee and is now heading up a group which will monitor AIBA's progress towards reinstatement, told the IOC Session there was a concern that Rakhimov is still running the organisation behind the scenes, despite him stepping aside earlier this year.

Earlier this month, the AIBA Disciplinary Commission added a charge to the file of Russian Executive Committee member Umar Kremlev after he accused Rakhimov of lying and "deceiving the entire boxing community".

Kremlev - whose offer to personally clear AIBA's debt and the lack of due diligence carried out on it was another factor in the IOC suspending its recognition - is being investigated along with Ukraine's Volodymyr Prodvyus because of "alleged criminal convictions".