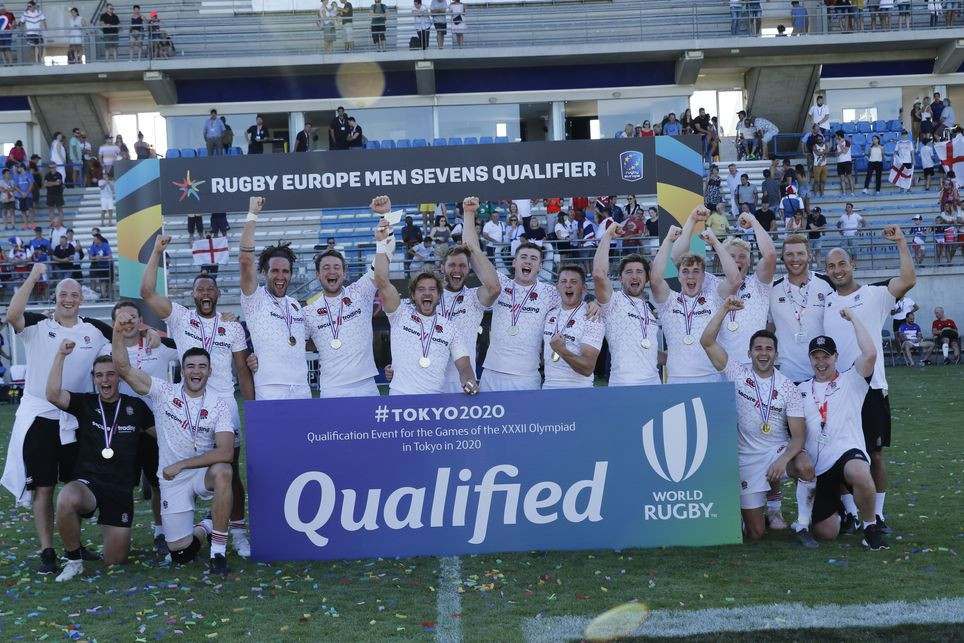 Great Britain will play in the men's and women's rugby sevens tournaments at the Tokyo 2020 Olympic Games after England triumphed in both European qualification events.

England were chosen to contest the events on Britain's behalf after finishing above fellow home nations Scotland and Wales in the 2017-2018 editions of the World Rugby Sevens Series.

The men roared past hosts France 31-7 in their final at Stade Michel Bendichou in Colomiers to earn the sole spot available at next year's Games.

Dan Norton, the all-time leading try-scorer in World Rugby Sevens Series history, scored a hat-trick in the first half to silence the home crowd as his team ended as comfortable victors.

It means Britain can bid to go one better than the silver medal they won at Rio 2016 when rugby sevens made its Olympic debut and Fiji clinched gold.

England won their pool with three wins from three before beating Italy 35-0 in the quarter-finals and Portugal 29-12 in the last four.

France beat Ireland 19-12 in their semi-final clash with the Irish going on to beat Portugal 26-12 for bronze.

Both minor medallists could still qualify for Tokyo 2020 as they will now enter next year's repechage tournament.

They had been beaten 26-5 by the same opposition in the pool stage but turned things around when it mattered.

Second-half tries from Heather Fisher, Emma Uren and Alex Matthews did the damage and ensured Britain will compete at a second consecutive women's Olympic sevens tournament.

In the quarter-finals England saw off Ireland 17-7 before a 14-12 semi-final win against France.

Russia beat Spain 12-5 in their semi-final and will now enter the repechage tournament alongside the French who won the bronze medal match 17-5.

Head of England Sevens Simon Amor said: "I'm just so incredibly proud of everyone involved in the programme – men and women.

"For both teams to qualify GB for the Olympics after the year they've had with huge challenges, huge growth and huge learning is incredible.

"For both teams to beat the hosts in their respective finals as well – it just says so much about the people involved in the programme.

"On the men's side it's been such a difficult year, but to get players to peak and in the best place possible for this tournament right here, right now was exactly what we aimed to do.

"I was really proud of how everyone stuck to that plan."

Britain join host nation Japan in the men's tournament at Tokyo 2020 as well as Fiji, United States, New Zealand and South Africa who qualified as the top four of this season's World Rugby Sevens Series.

Four more spaces are available through qualifying events in Oceania, Asia and Africa, as well as the repechage tournament.

Japan, New Zealand, the US, Canada, Australia and Brazil have already qualified for the women's Olympic tournament.

Although England earned Britain's spots, the country could still select Scottish and Welsh players for Tokyo.

"I would like to congratulate England's men and women on winning their respective European qualification tournaments and, in doing so, qualifying Team GB for the Tokyo 2020 Olympic Games," said World Rugby chairman Sir Bill Beaumont.